Home Music News Check out exclusive photos from The 1975 after party in New York. 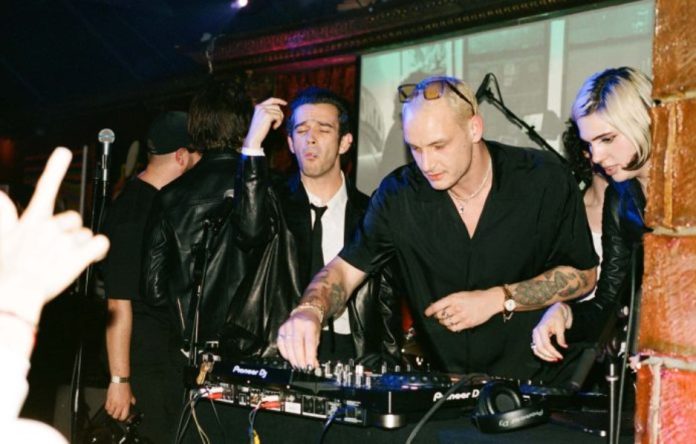 On Monday (November 7) The 1975 brought their tour “At Their Best” to Madison Square Garden in New York, and after their sold-out show, they threw a party at The Cutting Room.

Last month, The 1975 released their fifth album, Being Funny In A Foreign Language. In a four-star review, El Hunt of NME said that it “seems like the right next step after [The 1975 brought] the experimental excess to its logical conclusion, and is comparatively sparse, having only eleven tracks in its title.”

The band is currently touring North America with 19 shows between now and mid-December. In the new year, they will bring “Being Funny in a Foreign Language” to the UK and Ireland, and then in April to Australia and New Zealand. For more information about the full run, see here.

In a five-star review of the 1975 Madison Square Garden show, Erica Campbell of NME called the evening “the kind of evening that only The 1975 could have arranged, the type of evening that makes you buzz and remember why you love live music for the first time.” place, walking home and thinking out loud, as one fan did before going to the subway: “I didn’t know how much I needed it.”

Rod Stewart rented a house for a family of seven Ukrainian...