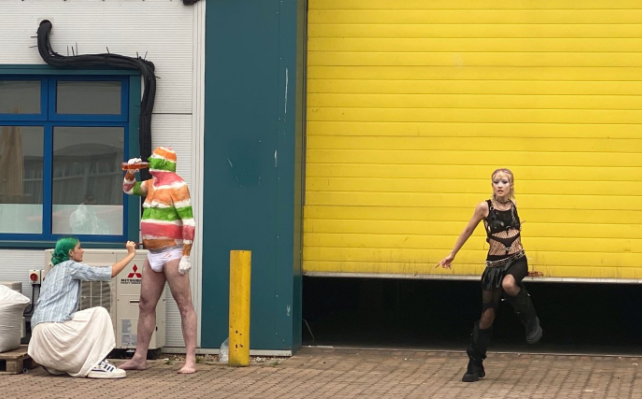 The song was included in the third studio album of the indie pop artist “SUCKERPUNCH”, which was released today (October 7).

In the wacky accompaniment of the track, we see Moriondo in mad scientist mode as she shrinks the boys to fight for survival, in her plastic purse. The clip was filmed in London last month and has been described as “Willy-Wonka-meets-the-Lord-of-the-Flies.”

“Put you in my plastic bag/Close it and I’ll make you feel worse/ I want to put you in the mud/ But you’ll probably like it/Right?” Moriondo sings in the chorus before lashing out at the “brain-blockhead” for not answering her.

Watch the video below and watch exclusive behind-the-scenes footage from the shoot.

“SUCKERPUNCH” also includes the recent singles “Cdbaby” and “Fruity”. Moriondo is set to embark on a UK and European tour in support of the album early next year. Find the remaining tickets here (UK) and check out the full itinerary below.

Since the release of “Blood Bunny” last year, Moriondo has shared a video for “Favorite Band”, which features several cameos from members of All Time Low, Simple Plan, Pierce The Veil, Girlpool, Great Grandpa and Joy Again.

Meanwhile, the musician’s song “I Eat Boys” appears on the soundtrack to the new Netflix teen movie “Revenge”.