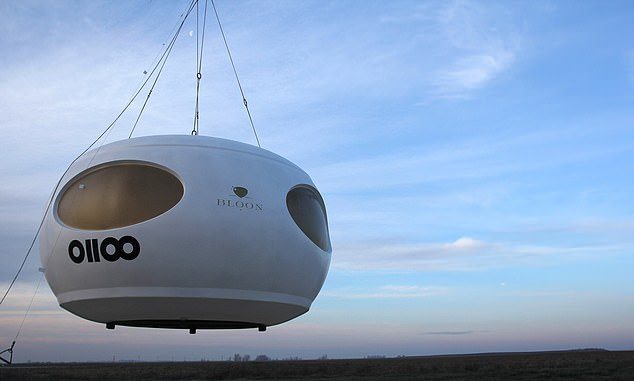 For space tourism, which was the dream of multimillionaires for a period, new alternative routes come into play in the world. For the first time in the history of the world, an American multimillionaire named Dennis Anthony Tito landed on the International Space Station in 2001 with Russian Cosmonauts.

Spanish company Zero 2 Infinity has developed an alternative and relatively inexpensive way to track the world from the space frontier.

Space tourism has been a dream that only dollar billionaires could ever realize. Spanish Zero – 2 Infinity, on the other hand, has developed a special balloon that, although not fully traveling into space, will take off to a much higher altitude than a plane.

The space boundary is an imaginary boundary accepted 100 km above the ground, called the Karman line. The Spanish Zero -2 Infinity company will travel 40 km in the atmosphere with a specially developed operational helium balloon. When calculated from the earth, this distance appears as approximately 80 km. So passengers will be able to observe the world from the space border.

Considering that civilian planes fly about 10 km today, although it is not exactly a space experience, the Bloon capsule will take an important step in this sense.

How much will be paid for cheap space tourism?

The company, which does not use any rocket, will carry out this space travel with a capsule carried by helium balloons.

According to the company’s statement, the price of this trip with a four-passenger limit is just over $ 130,000. In this capsule named Bloon, two pilots as well as passengers will be on board to control the system.

The capsule, which will take off depending on a huge helium balloon, is expected to take off from Andalusia region of Spain this year. On the journey, this capsule will depart from the balloon and begin to float with a large parachute after reaching the determined height.

After this 1 hour space travel, the capsule is expected to safely land 300 km from the launch site. Spanish Zero -2 Infinity wants to perform its first flight in 2021. The company, which was successful in the two test tests in 2017, was able to send a robot to a distance of 37 km in 2021.