Home Entertainment Chavon and Yunjin From LE SSERAFIM Got Into a Small Car Accident... 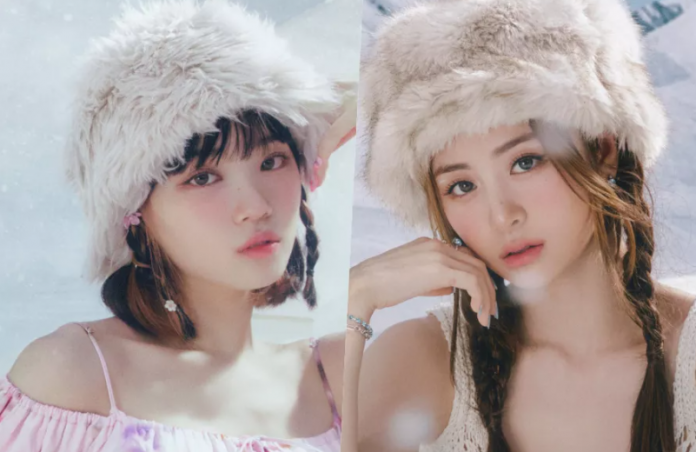 LE SSERAFIM cancelled their upcoming schedule due to Kim Chaewon and Hu Yunjin having a minor car accident.

On October 19, Source Music announced that two members of LE SSERAFIM had been involved in a car accident earlier in the day. Fortunately, no one on board was seriously injured, but both Kim Chaewon and Hu Yunjin suffered from “moderate muscle pain and bruising,” and the doctor advised them to “receive conservative treatment for a while.”

LE SSERAFIM returned with their new mini-album “ANTIFRAGILE” just two days ago, on October 17, and their already canceled performances on “M Countdown” and “Music Bank” would mark their first promotion on a music show under their new name. track.

The full Source Music statement in English is as follows:

Hello.
This is the original music.

We would like to provide you with the following information about the current health status and future schedule of LE SSERAFIM members.

On Wednesday, October 19, the car in which LE SSERAFIM members Kim Chaewon and Hu Yunjin were was involved in a minor car accident. Fortunately, none of the crew members or staff on board were seriously injured, and they immediately went to the hospital, where they were diagnosed and treated.

A medical examination showed that both participants had mild muscle pains and bruises, and the medical staff advised them to undergo conservative treatment for some time.

On the recommendation of the medical staff, LE SSERAFIM’s participation in Mnet “M Countdown” on Thursday, October 20, and KBS2’s “Music Bank” on Friday, October 21, was canceled. The fanzines scheduled for Friday, October 21, and Saturday, October 22, will be postponed, and the winners will receive a separate notification. We ask for your understanding.

We will plan future events, putting the health of our artist as a top priority. We will do our best to help in the treatment and recovery of Kim Chaewon and Hu Yunjin, so that they can return to their fans in full health as soon as possible.

Xenoblade 3: The best classes for each character