Home Celebrity Charmaine’s demeanor that made her the hated character 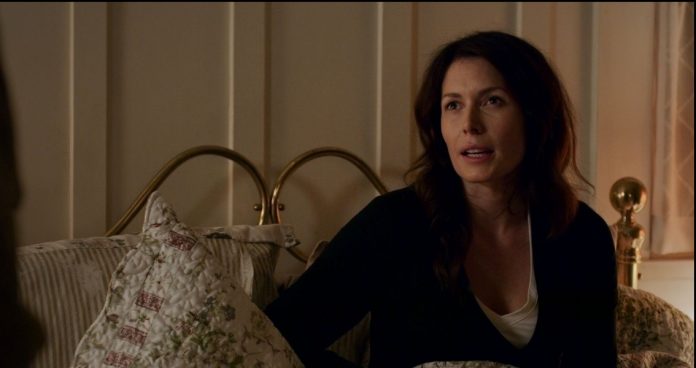 The streaming platform Netflix delivered at the end of last year the second season of the romantic drama that captivated all the fans, Virgin River.

Renewed for a season 3, Virgin River is currently producing the next episodes that fans are eagerly awaiting to unravel the mysteries surrounding the attack on Jack.

In the Netflix drama, the character played by Lauren Hammersley, Charmaine Roberts, is one of the most prominent in the series, not for representing an evil woman, but for her problematic attitude, to the point of becoming the most hated by Virgin River fans. Here are some facts that made it the worst of all:

When she made Hope an intermediary, when she introduced herself as Jack’s girlfriend to Mel, when she told Jack that she was pregnant through a letter

When she introduced herself as Jack’s girlfriend to Mel

At Virgin River, although Jack had never considered her his girlfriend, Charmaine presented herself to Mel as such. Turning the occasion into an annoying situation for anyone, while she marked her territory.

She used Hope as an intermediary

Charmaine was at her most immature from high school when she forced Hope to return a collection of belongings to Jack after her “breakup”. Charmaine did not have the courage to face Jack personally, using Hope for that purpose.

Charmaine told Jack that she was pregnant, through a letter

Fans witnessed it when on Virgin River, Charmaine informed Jack through a letter she placed in a breakup box that she was pregnant, rather than personally speaking to him. Many believe that perhaps her Charmaine could have been emotionally manipulating Jack and for that reason she did not tell him personally.

See Also
Shocking news, it is confirmed who shot Jack