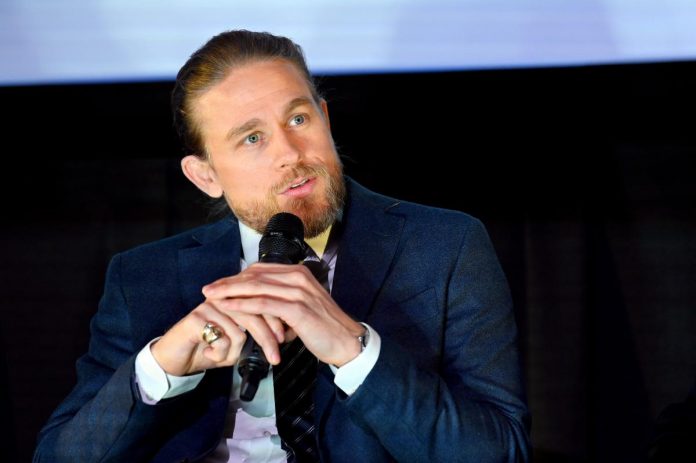 Sons of Anarchy graduate Charlie Hunnam made headlines in 2013 when he signed on to play Christian Grey in the Fifty Shades trilogy. The actor made even more headlines a few months later when he turned down the film. But fans may not know that Charlie Hunnam wasn’t the only “Fifty Shades” star who wanted to leave.

After Charlie Hunnam turned down the lead role in the billion-dollar franchise, he talked about this experience. The actor says that during this time he had too many projects. His schedule was so busy that it began to affect his mental health.

At the same time that filming of Fifty Shades began, Hannam was finishing his final season of Sons of Anarchy. He also took on a role in his friend Guillermo del Toro’s Gothic novel Crimson Peak.

As previously reported by Showbiz Cheat Sheet, Hannam admitted that he was so shocked that he had a nervous breakdown.

“I was going to finish [filming] “Sons” at about 11 p.m. Friday night, Saturday morning, get on a plane to Vancouver for Fifty, skipping the entire first week of rehearsals, and start shooting on Monday morning,” Hannam recalled.

Hannam realized that he couldn’t do it all, and dropped Fifty Shades. He calls the rejection of the film a “traumatic experience.”

As you know, Jamie Dornan played Christian Grey. After the first film “Fifty Shades” grossed more than $ 500 million at the box office, rumors began to spread that he would not return in the sequels. According to Closer, Dornan wanted to leave the trilogy because of his wife.

The reports claimed that Amelia Warner was struggling to cope with the huge attention her husband was receiving from female fans.

“Jamie said this movie would boost his career. He tried to assure Amelia that nothing would change, but women all over the world now crave Jamie,” the insider said at the time. “She hasn’t watched the movie, and I don’t think she will, to be honest.”

The source also claimed that Dornan wanted to leave because of the bad reviews and the alleged lack of chemistry with his partner in the film Dakota Johnson. Around the same time that there were rumors of Dornan’s departure from the franchise, there were reports that director Sam Taylor-Johnson had left due to clashes with author E.L. James. The latter turned out to be true.

In 2021, the actor finally clarified whether he regretted “Fifty Shades.”

“Ultimately, no,” he told GQ. “It didn’t hurt my career to participate in a film franchise that earned more than $ 1 billion. Every working actor would say the same thing. Provided — a lot. There is no shame in saying that it has changed my life and my family’s life financially. I am very, very grateful for that and always will be.”

Hannam says he has never seen any of the trilogy films because he “doesn’t want to open this wound.” Not only was the dismissal traumatic, Hannam also calls it the “worst professional experience” of his life.

The 42-year-old says it was the most emotionally devastating and difficult situation he has ever faced in his career. He called his decision to step down from the role of Christian Grey “heartbreaking.”

Ultimately, Hannam doesn’t regret his decision. Most of all, he was afraid of failure “on such a large scale.” He knew he couldn’t go from Jax Teller to Christian Grey in a few hours. However, it was painful to admit it to myself.

Hannam says he liked the character and wanted to play the role. But it just didn’t work. Although he has not seen the films, Hannam is confident that Dornan has done a “great job.” However, he knows that if he were playing Christian Grey, the character would be “completely different.”

Crab Game Is The Round 6 Parody You can Play For...