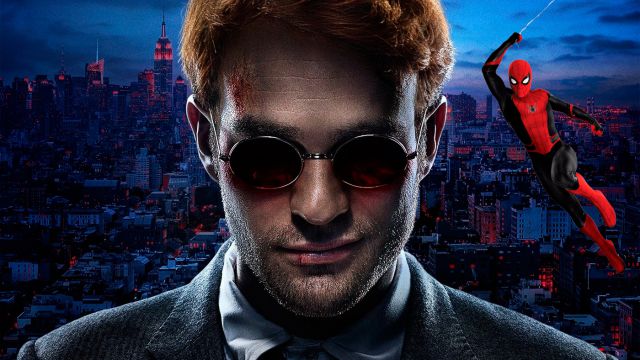 Charlie Cox: Rumors and leaks place Netflix’s Daredevil in the next Spidey movie in the MCU, although his actor neither confirms nor denies anything. With the first and successful trailer of Spider-Man: No way home, many of the rumors that have been sounding insistently this last year about the presence of certain actors and characters are confirmed, since the already announced return of Alfred Molina as Dr. Octopus to the likely appearance of the two previous cinematic Spider-Man (Tobey Maguire and Andrew Garfield). Although another of the most commented rumors place Netflix’s Daredevil as Peter Parker’s lawyer, thus integrating one of the most beloved characters of recent television Marvel. Now, his actor, Charlie Cox, has responded to new questions about his participation in the film, playing the distraction and assuring that he “would not want to ruin something in any way.” What is he referring to?

Daredevil in Spider-Man: No Way Home?

Such is the level of expectation on the part of fans that many assure that the man who is in the interrogation room with Peter Parker in the trailer for Spider-Man: No Way Home is actually Charlie Cox, in his role as the lawyer. Matt Murdock (Daredevil): “I promise you those are not my forearms,” ​​says Cox when asked about the scene, thus denying its appearance in the trailer.

On the other hand, the actor has commented on the insistence of fans with hashtags such as #SaveDaredevil and other movements that demand his return: “I’m not on social networks, I’m not aware of it probably like other people, but obviously, I whole of it. My mother tells me about it and my wife, who is aware of it, ”says the English actor, not without thanking the fans for their support.

Although the most delicate moment of the interview, with hesitations included, Cox assures that he likes the idea but that he does not want to ruin anything: “You know I like it too. Turns out … I wouldn’t want to screw something up in any way. You know what I mean? So he makes me a little anxious in that regard, because it’s a difficult thing to talk about. You know everything I would say, I suppose that everyone, myself included, is going to have to wait and see what happens ”, concludes the actor.