Home Entertainment Charlie and Dixie D’Amelio explain why the negativity towards TikTokers is “not... 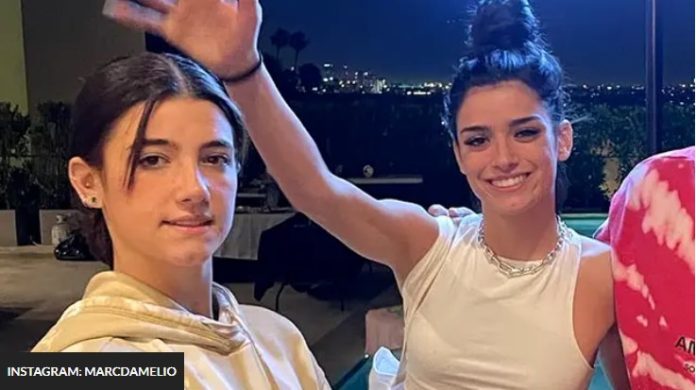 Social media sensations Charlie and Dixie D’Amelio have revealed what they think about the negative attitude towards TikTokers.

18-year-old Charlie D’Amelio and her 21—year-old sister Dixie D’Amelio are two of the biggest stars on TikTok, and they have an incredible number of subscribers.

The couple has launched many projects since becoming famous on the app, including releasing music, participating in their own reality show and launching a clothing line.

In an interview with In The Know, Charlie and Dixie were asked if there were any labels or names they didn’t like, and the sisters shared their thoughts about people’s negative associations with the term “TikToker”.

“It’s not that I don’t like it —and I’ll explain later —but the term ‘ticktockers’ is definitely a bit similar, so what?” explained Dixie. “I don’t see it as a problem, but the negative tone that people give it, I have a problem.

“People start [their careers] in different ways; people are found on the street, people are found on YouTube or Vine: Justin Bieber and Shawn Mendes. So I don’t think the negativity towards him is justified. There are so many talented and smart people who have done amazing things from TikTok, and I don’t see that as a problem. Every time people say: “Oh, these TikTokers…” They say, maybe you should do it too!”

She went on to say that “there are so many different outlets for people in TikTok, and I just don’t think it should be that negative.”

Charlie and Dixie D’Amelio are the most famous sisters on TikTok.
Charlie shared her thoughts on people’s reactions to her appearance on Dancing with the Stars.

“Yes, I feel that when it comes to all the labels and everything else… I mean, over the last month I’ve had a lot of fun watching from the sidelines, because for so long people have been saying, “She’s not talented. She has no talent. She’s a dancer. She’s just a TikTok dancer.”

“And ever since I started doing Dancing with the Stars, I’ve been thinking, ‘She’s too good to be on the show. She’s a professional dancer.” So I kind of just do whatever I do, and no matter how people interpret it, they’re on their own.”