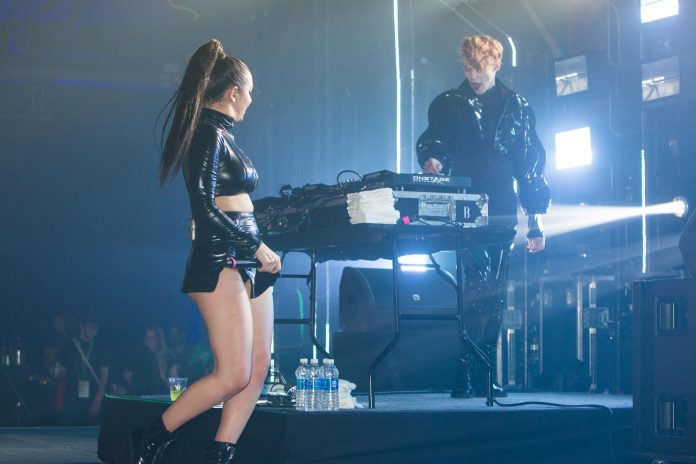 The friendship between Charli XCX and SOPHIE began a few years before SOPHIE’s tragic death in 2021. The two musicians wrote several songs together, and SOPHIE even produced one of Charlie’s favorite projects. And despite Charlie’s fond memories of the late Scottish producer, there is one of their songs that she refuses to perform on stage.

After Sophie’s death as a result of an accidental fall in January 2021, Charlie shared a statement on social media in which she expressed how devastated she was by the loss of her friend.

“It’s really hard for me to sum up the special connection I felt with such an amazing person who completely changed my life,” she wrote. “So many memories, so many small details, so many different views and incredible feelings and stories. It’s impossible to sum up the journey I’ve had with Sophie. Even the most insignificant things seemed huge.”

Charlie continued to pay tribute to SOPHIE after the release of her acclaimed album Crash 2022. There was a dedication to Sophie on the vinyl cover of the record.

“She changed my life, you know? And she changed our whole life,” Charlie said during an Apple Music interview with Zane Lowe in March 2022. “Not just because of her music, which is obviously so incredible, but because of the person she was as a person protecting us.”

Charli XCX will not perform her and SOPHIE’s song “Taxi”

SOPHIE produced the Charli XCX mini album Vroom Vroom 2016. The title song of the project remains one of the most popular songs of the singer to this day.

In June 2022, Charli XCX was performing at a concert when fans started screaming for her to perform “Taxi”, an unreleased song she wrote with SOPHIE back in the mid-2010s. The song was recorded when Charlie was putting together her XCX World album, which was eventually scrapped.

After hearing the calls for her performance, she told how hard it was for her to think about this song.

“Sometimes I get very worried when people shout “Taxi!” “Taxi!” “Taxi!” It makes me very sad,” Charlie said, tearfully. “It was a song we loved together, and it was a song that never had the life it was supposed to be, and I’m not going to take away anyone’s concert experience from them, it’s not my **.” * style. You can do whatever you want at my concerts if it comes from a place of love.”

After explaining why it was so difficult for her to perform this song, she continued the hype with “Vroom Vroom”, an eternal collaboration with SOPHIE, which was actually released.

In addition to the Vroom Vroom EP, SOPHIE worked with Charli XCX on other tracks throughout the 2010s.

SOPHIE produced “Lipgloss” and “Roll With Me” from Charli’s 2017 Number 1 Angel mixtape, as well as “Out of My Head” from her Pop 2 mixtape released the same year.