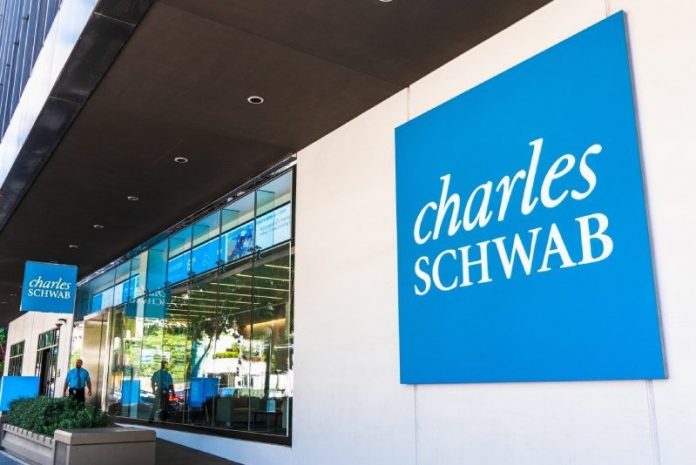 While financial institutions stepped into the digital world one by one, America’s giant financial services company Charles Schwab also joined this list. The company has started negotiations with various cryptocurrency firms to offer digital asset services .

Charles Schwab, one of the strongest companies in traditional finance, is looking for a partner to work with to offer digital assets to its customers. The firm, which manages $ 6.8 trillion in assets, is in talks to provide services with the products of various cryptocurrency companies.

According to the news on The Block, if Schwab’s talks turn out to be positive, new services will be operational by the end of this year.

As it is known, the digital and traditional world have approached each other financially in the recent period. Anchorage, which was the first bank to receive crypto banking certification and provides billions of dollars in custody services for both US and non-US banks, also announced its opinion that more banks and financial institutions will be involved in the digital money industry in the near future.

Anchorage has also partnered with payment giant VISA through an API that allows banks to trade Bitcoin for their customers .

In November 2019, Schwab purchased the much more crypto-friendly rival company TDAmeritrade. This purchase move; It came at a time when companies such as Fidelity Investments, E * Trade Financial, Ally Invest and Interactive Brokers created a huge sensation in the brokerage industry by drastically reducing their commission fees on online transactions.

Therefore, after this acquisition, the company lost 4 percent of its revenue and decided to invest in new technology.

Customer groups determine the difference in the race of companies

Considering that more banks and financial technology companies have started to invest in digital asset services recently, one of the factors that will make the biggest difference in the race will be the customer base. Schwab, which has approximately 30 million accounts all over the world, has almost the same number of customers as the Square Cash app in this sense. Offering a digital asset service will make Schwab a rival to companies like PayPal and Square, as well as giant investment banks like JP Morgan.

Schwab, one of the representatives of traditional finance, is the last company aiming to switch to digital assets. As it is known, the giant US investment bank Morgan Stanley recently purchased a 10 percent share of Micro Strategy and showed its trust in Bitcoin, albeit indirectly.

BNY Mellon, the oldest bank in the USA with a history of about 237 years, announced that it will start to offer Bitcoin trading, custody and transfer services to its customers. The bank plans to offer these services to other banks as well.

Ethereum Whales Dive Bottoms: They Are Collecting From These 3 Altcoins!