Home Sport Charles Leclerc and Max Verstappen will start at the end of the... 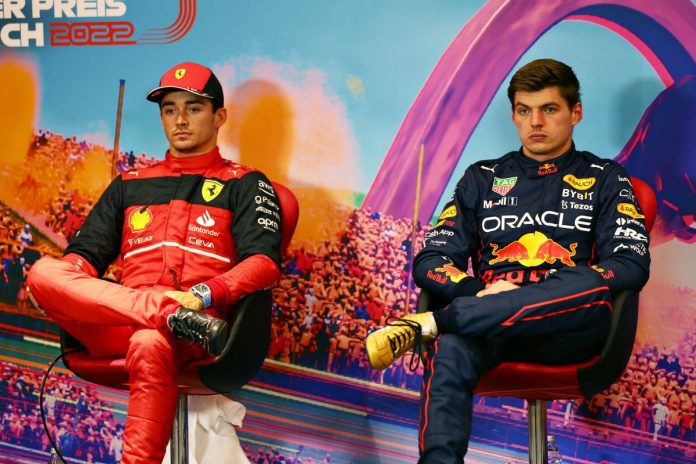 After a four-week break, Formula 1 returns this Sunday to the Belgian Grand Prix. But the two F1 championship leaders, Red Bull’s Max Verstappen and Ferrari’s Charles Leclair, will be at the end of the grid when the race starts.

Ahead of tomorrow’s qualifying races, Formula 1 announced that Verstappen, Leclerc, Lando Norris (McLaren), Esteban Ocon (Alpine), Mick Schumacher (Haas) and Valtteri Bottas (Alfa Romeo) should start at the end of the grid. as a result of their teams making changes to their power units.

“Verstappen, Norris, Ocon and Bottas will receive new internal combustion engines, turbochargers and MGU-H, which will take them to a new level this season, while Verstappen, Ocon and Leclerc will also be fined for using new MGU-K and, in the case of Leclerc, a new energy reserve.” — Formula 1 said in a statement.

This is an unfortunate turn of events for Leclerc and Verstappen, who had to fight fiercely for pole position tomorrow after strong practice laps today. Their trip to the background can open up opportunities for one team to benefit.

Mercedes drivers Lewis Hamilton and George Russell were not among those fined and have not yet won a single race this season. But they have already come very close several times.

Hamilton has reached the podium in five races in a row and is second only to Verstappen, taking second place in a row. Russell has also had a great year, finishing in the top five in 12 of his 13 races.

But Ferrari’s Carlos Sainz may be the biggest beneficiary of this setback for Leclerc and Verstappen. At the moment, he has shown the best laps in training and has already had one of his best seasons.

Who will win the Belgian Grand Prix this Sunday?