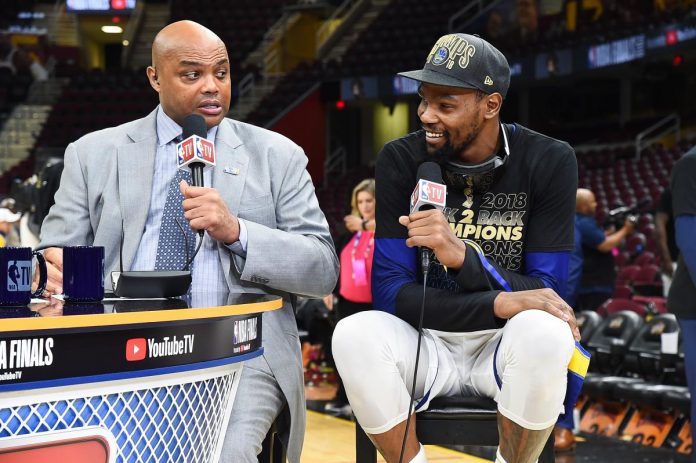 During the interview ArizonaSports.com A member of the NBA Hall of Fame called Durant “Mr. Miserable” and called his career as a team leader a “terrible failure.”

“All the old guys, we say he’s angry, (but) he used the Warriors to win his first two championships,” Barkley said Thursday. “But if you go back and look at his career as the best player and leader, all that goes with it, he failed. Every time he had to be a leader and a better player, he didn’t succeed. That’s what we old folks think of him.

“He seems like an unhappy man, man. I call him Mr. Miserable, he will never be happy. Everyone gave him everything on a silver platter. He was a man in Oklahoma City, he was loved, he owned the whole state. He throws himself at them and wins championships in a row (with Golden State), and he’s still not happy. Then he goes to Brooklyn, they give him everything he wants, and he’s still unhappy.”

Durant has been the subject of recent NBA headlines due to his apparent dissatisfaction with the Nets organization. Despite the fact that he signed a four-year contract extension with the team last summer, he requested an exchange at the beginning of this offseason.

It is reported that the 34-year-old All-Star player has asked for ownership rights to the dismissal of head coach Steve Nash and CEO Sean Marks. But earlier this week, he unexpectedly announced his decision to stay with the team next season.

Durant’s next move almost always remains a mystery to the NBA world.