Home Entertainment Charges of domestic violence have already been filed, the actor who played... 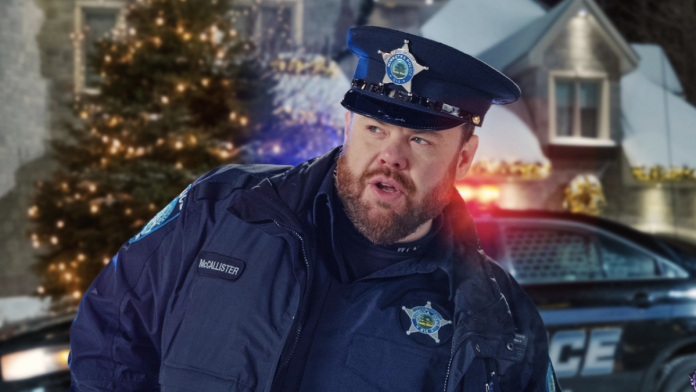 The “Home Alone” franchise is of great importance to countless families who watch the adventures of Kevin McAllister every Christmas. Unfortunately, one of the actors who play a role in this iconic film series is involved in some sobering legal issues. And after Devin Ratray, who played Buzz in “Home Alone,” has already faced accusations of domestic violence, is under investigation in a rape case.

Actor Devin Ratray has a long acting career, but perhaps his most iconic role is Buzz in the first two “Home Alone” films. In fact, he recently reprised this role in “Home Alone, Sweet Home” on Disney+, to the delight of fans looking for references to the original. But Ratray has also hit the headlines for legal issues: CNN reported that he is currently under investigation for sexual assault charges since 2017.

The charges against Devin Ratray come from a woman named Lisa Smith, who started bringing a case against the actor again after seeing him make news of an arrest for domestic violence in Oklahoma. In 2017, she filed a police report claiming that she was raped by Ratray. And now it seems that this investigation is open again.

For his part, Devin Ratray denied Lisa Smith’s accusations during a telephone conversation with CNN. But now he is under investigation again, and information about Lisa Smith’s original report is also surfacing. At the time, prosecutors allegedly believed that Smith wanted to remain anonymous and not a source of information for the press, which, according to Smith, is incorrect. It is reported that she also traveled to Manhattan to talk to the district attorney and even provided possible evidence. But so far this case has been closed.

To clarify, Devin Ratray has not been charged in relation to Lisa Smith’s allegations. Instead, at the time of writing, possible sexual abuse is being investigated. Although, considering his accusation of domestic violence, it seems that the actor of “Home Alone” is in a difficult position from a legal point of view. We’ll just have to wait and see how it all shakes out.

Lisa Smith’s accusations revolve around one night in September 2017, after 15 years of friendship. She claims that she and her friends attended a party at Devin Ratray’s apartment in Manhattan and believes that the actor drugged her. Smith is quoted:

I remember waking up and not being able to move. I couldn’t really open my eyes, but I could hear what was happening and feel what was happening. I knew the other two people had left and I was still on the couch.

She also claims that it took her until 14:00 the next day to regain full control of her body. It remains to be seen how this investigation will end, but these are certainly serious allegations. Devin Ratray remained an active actor on television and in movies decades after “Home Alone,” including a recent appearance in the TV series “Better Call Saul” and a role in the Amazon series “Tick.” We just need to see if this will affect the actor’s career, and if charges will eventually be filed.