Home Entertainment Characters We want to see in Gotham Knights 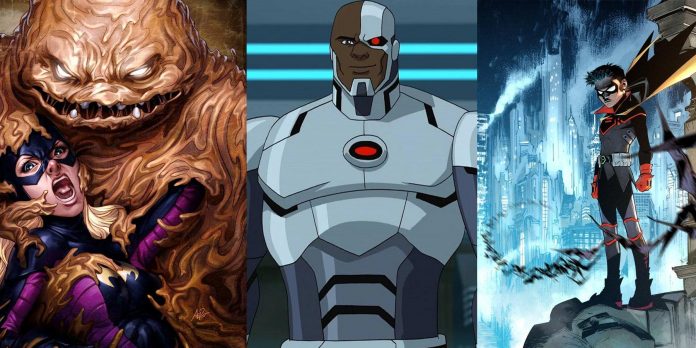 Gotham Knights is one of the most anticipated games from DC Comics and will give fans a chance to experience a Gotham City following the death of its greatest defender, Batman. With its greatest hero now gone, it will be up to the rest of the Bat-Family to maintain order in Gotham City. Throughout Gotham Knights, fans will get to experience traveling through Gotham City, and this brings in the possibility of meeting popular characters.

With so many great characters in DC Comics, there is no short supply of features that could be included in Gotham Knights. Each of the members of the Bat-Family has been able to form relationships and rivalries with the many characters inside and outside of Gotham City. This could allow some of these characters to feature in the upcoming game to help the Bat-Family combat the Court of Owls or to stand in their path and take over Gotham City with Batman no longer in the picture.

Gotham Knights revolves around the death of Batman and how his absence will forever change Gotham and its inhabitants. While the Bat-Family has always been Batman’s most trusted allies, Bruce Wayne also has a real family, a son with Talia Al Ghul named Damian Wayne. Following the death of his father, Damian Wayne will likely visit Gotham City, at least to attend Bruce Wayne’s funeral, or even in a bigger role, warning the Knights about the impending danger of the Court of Owls.

As a member of the League of Assassins, the same group that was likely responsible for the resurrection of Red Hood, Damian Wayne could have helped deliver him back to Gotham City. Damian also famously became a new Robin, and with Bruce Wayne gone, it seems possible that Dick Grayson will take up the helm and bring in Damian Wayne as a new Robin. While it is unlikely that Damian Wayne will be a playable character, having him appear in Red Hood’s backstory or as a source of information on the Court of Owls could allow him to be featured in Gotham Knights.

The Gotham Knights gameplay reveal gave fans a lot to look forward to when the game finally releases in October 2022. However, there was one aspect of the gameplay reveal that some fans may have missed that could have already foreshadowed a certain villain, Clayface. In the gameplay reveal when fans get a chance to see Red Hood use the Bat Cycle, the character drives by an office building named Daggett Enterprises.

Daggett Enterprises was a rival to Wayne Enterprises that tried to frame Bruce Wayne numerous times to shut down his company; however, Daggett is better known for developing the Renuyu Cream. In one DC continuity, the cream was responsible for converting Matt Hagen, who was once an actor, into Clayface, one of Batman’s most notable villains. The glimpse of the Daggett Enterprises building could mean that fans will need to fight against Clayface in the upcoming game.

Cyborg is one of the most popular characters in DC Comics and often works alongside Batman in the Justice League. He has also developed a relationship with Dick Grayson as a member of the Teen Titans and helped the Bat-Family on numerous occasions. Further, the trailer for Gotham Knights showcases the heroes’ movement abilities as they traverse the city, and Robin’s ability could foreshadow the presence of Cyborg in the upcoming game.

Strix is an important character in the Court of Owls storyline as she is one of the few Talons to have escaped the rule of the Court and converted to fight against them. Strix eventually forms a friendship with Barbara Gordon, Batgirl in Gotham Knights, and the pair work together in another team named the Birds of Prey alongside characters such as Starling, Katana, and Black Canary. Strix could help the Knights understand more about the Court and could even help the team defeat their enemies.

With Gotham Knights setting up the team to find out about the Court of Owls and investigating their presence in Gotham City, Strix could play a vital role. As a Talon, she could come up against Batgirl like how it played out in the comics, until she eventually escapes and starts helping the Bat-Family combat the Court. Having her in the story could give the Knights a way to not only understand the workings of the Court but also find a way to defeat them once and for all.

Gotham Knights is set to be a major Batman game without Batman himself as a playable character, passing the mantle over to the four other members of the Bat-Family. With all the relationships and rivalries that the group has formed over the years, it is likely that there will be a few notable appearances in the game. Further, with the rumors circulating around the CW show, fans are wondering what famous characters from the Batman comics will find their way into Gotham Knights.

Dying Light 2: Stay Human | This Is The Actual Duration...