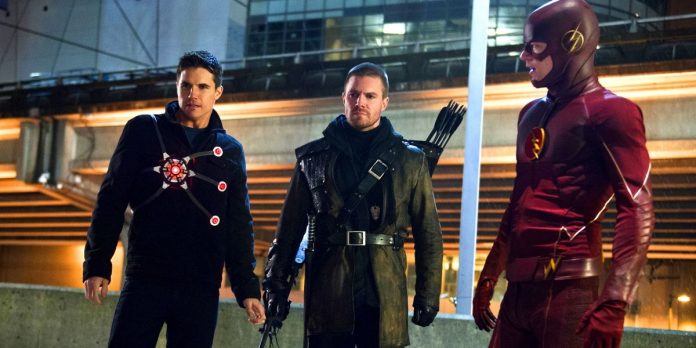 Both The Flash and Arrow of the Arrowverse give their heroes plenty of room to evolve. Some change for the better, some for the worse, but all go through an intriguing journey except for a few characters who haven’t had a happy ending.

Barry and Iris’ daughter Nora played a major role in the fifth season of The Flash. She traveled back in time to meet her father, who disappeared when she was just a child.

However, Nora (Jessica Parker Kennedy) had a dark secret that her parents did not know: she was working with Eobard Thawne (Tom Cavanagh). At the end of The Flash, Nora ended up erased from existence when the team destroyed the villain Cicada’s dagger.

That came as a huge shock to both Barry Allen (Grant Gustin) and Iris West (Candice Patton), who witnessed Nora’s death and had grown fond of her future daughter on The Flash.

Leonard Snart (Wentworth Miller), also known as Captain Cold in The Flash, was and still is one of the most popular Arrowverse characters who initially caused some problems.

But then he went from The Flash to Legends of Tomorrow and switched sides. He went one step further when he sacrificed his life to save his team and give them a chance to defeat his great enemy, Vandal Savage.

After everything that has happened, all the hardships and losses of his life, The Flash’s mentor deserved better than to die, twice even though he helped save the universe in this way and the friends and family of the.

See Also
The Flash: Shows the romance between Barry and Iris

However, he still had a lot to live for, not just for his job, but also for his wife and children. His legacy will live on, but one has to wonder how many greater things Oliver could have accomplished alongside The Flash if he had stayed alive.