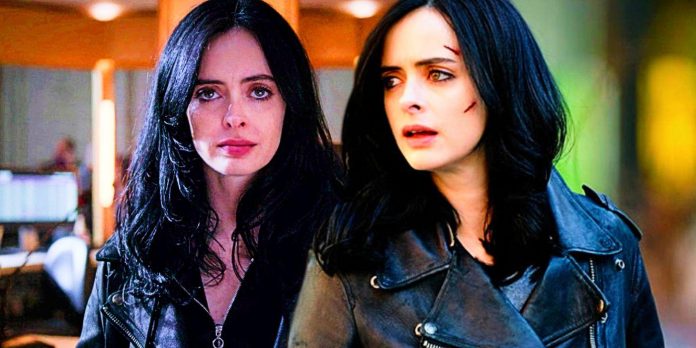 Marvel and Disney have changed the title of the Jessica Jones pilot episode to Disney+, and this change is more significant than most viewers think. Netflix’s legacy Marvel TV shows were generally considered to be among the best content produced by Marvel Television. For years, it was assumed that Marvel Studios would ignore them simply because the studio historically had a rather complicated relationship with Marvel Television.

That all changed last year when Disney acquired the distribution rights to old Marvel Netflix shows and hosted them on its Disney+ streaming service. Some of the main actors of Marvel Netflix have begun to reprise their roles in the MCU: Vincent D’Onofrio returned as a kingpin in “Hawkeye”, and Charlie Cox — as Matt Murdoch in “Spider-Man: There is no way home.” It was unclear if these were the same iterations of the characters or if they were actually subjected to a soft reboot. Recent rumors suggest that Cox and D’Onofrio are not alone, but that Kristen Ritter will also return as Jessica Jones from the MCU. Now they have been supported by a curious name change to Disney+: the pilot episode of Jessica Jones has received a new name and logo. Now it is called “AKA Jessica Jones”, which is a reference to the comics and the original name that was used in the show during the preparation for filming.

This may seem like only a cosmetic change, but in fact it is very important. While most focus on this as a name change, it’s actually a logo change and therefore branding. This suggests that there is an active interest in the Jessica Jones brand – not only as an outdated TV series, but also as a permanent problem, since it is unlikely that the marketing team suddenly decided to redesign the logo of the completed show. This is the strongest sign that the rumors are true, and that Jessica Jones, played by Kristen Ritter, is destined to return.

The prospect of Ritter’s return naturally raises the same question as the appearance of Cox and D’Onofrio: namely, whether there will be a direct line of succession between the Marvel Netflix iteration and the MCU version, or Marvel Studios will conduct a soft reboot. using the same actors. Even the stars themselves seem to be divided about this: D’Onofrio wants to play the same Kingpin, and Cox advocates a soft reboot, perhaps using a time jump as an excuse not to deal with the characters’ past. There’s no evidence yet anyway.; Most viewers believed that this would only be proven when Daredevil and Kingpin met, because season 3 of Daredevil ended with Matt Murdock exposing the mask in front of the defeated Kingpin. If Kingpin really knows the secret identity of Daredevil in the MCU, then that would mean that the outdated Marvel Netflix shows are canonical; if he doesn’t, it would be a major difference indicating that Marvel has done a soft reboot.

But changing the Jessica Jones logo is significant in itself, as it suggests Marvel is considering rebranding this particular franchise, and importantly, the studio’s branding and marketing departments are exploring whether to rebrand old Marvel Netflix shows as well. The only logical reason for this is that Marvel is discussing establishing a clear line of succession between the old and the new, thus wanting a single consistent brand. This is an important indicator that outdated Marvel Netflix shows are becoming the main canon of the MCU.

None of this, of course, is final; it’s all about evaluating the evidence and finding the most reasonable, logical explanations. The timing, however, is especially interesting given rumors that Jessica Jones from Ritter is linked to the upcoming She-Hulk Disney+ TV show, which is due out in August. It will be interesting to see if the Hulk Woman really helps relaunch the Jessica Jones franchise.

Grey’s Anatomy: What We Suspect About Martin Henderson’s Exit From ABC...