Home Entertainment Changing the format of the 8th season of the masked singer has... 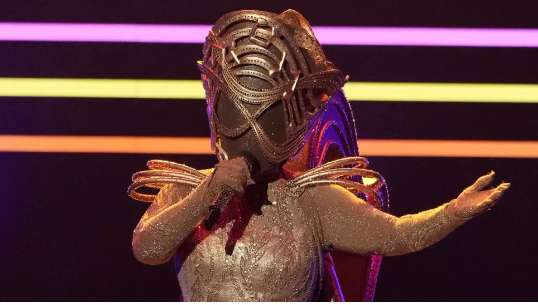 Warning! Below are spoilers for the Masked Singer’s “TV Theme Night”. Read at your own risk!

The 8th season of “The Masked Singer” seems so large-scale that fans can hardly believe that we just watched the 3rd episode. “Telethematic Night” saw even more major celebrities leave, such as Shark Tank’s Damond John and Barry’s Brady Bunch actors. Williams, Christopher Knight and Mike Lukinland gracefully left after exposing the Fortune Teller and the Mummies. (Check out the full list of disclosures here.) The new format change certainly changes the way seasons usually go, and it has one unpleasant drawback.

Harp completely defeated its competitors in these first episodes and even managed to defeat NSYNC vocalist Chris Kirkpatrick. Kirkpatrick hasn’t gone as far as his former bandmate and first—season contestant Joey Fatone, but the new format of the season is something to consider when assessing this season’s impact on competitors. Let’s dive deeper and explore the unpleasant disadvantages associated with this new way of playing The Masked Singer.

How the format of season 8 of the masked singer works

In the 8th season of The Masked Singer, three contestants compete in one episode. Of these three, one will leave after his first performance, and the other will leave after the Royal Battle with the third participant. Whoever wins will advance to the next episode, and after three episodes, the winner will advance to the semifinals. For those who don’t know, this means that the Harp won’t be fighting for its life in next week’s episode, and a new band will start crowning another semi-finalist.

This is a significant departure compared to previous seasons, in which a large group of participants performed, and one was sent home every week. In this new format, more and more participants leave quickly, and talented participants leave immediately, and this has a rather unpleasant side effect.

Participants get little room for improvement

The downside of season 8 of The Masked Singer is that these contestants don’t have much time to showcase their talent or even sing more than one or two songs before being sent home. The new format does not give fans any time to sit with these participants, or even a moment to get attached. We also don’t have a chance to see them improve, as guys like William Shatner get up and leave after one performance!

In previous seasons of The Masked Singer, singing often gave way to performance and mystery. Thus, participants such as Rob Gronkowski’s White Tiger were able to stay in the competition, even if they were not the most talented singers in the group. Sometimes they were even lucky, and they improved dramatically the next week and moved even further.

This new format seems to erase similar moments, which will probably reduce complaints about legendary singers being sent home rather than perhaps less talented celebrities. At the same time, we’ve already seen someone like Chris Kirkpatrick, who probably would have gone far in any other season, leave at the premiere after losing to Harp.

I assume that such moments will only continue, and it’s a pity to think that later in the season this may become a more serious problem than it already is. As strange as it may sound, I’m starting to miss seeing the same faces from week to week, and I wonder if this lack is worth the positives that Season 8 brought in the format change.

The Masked Singer airs on Fox on Wednesdays at 8:00 p.m. ET. Those who need to catch up on previous episodes can do so with a Hulu subscription or watch Season 8 on request from their cable provider.

Andrew Garfield is wrong: His Spider-Man is the best in the...