Home Entertainment Changing armor is a small but important part of the Apex Legends... 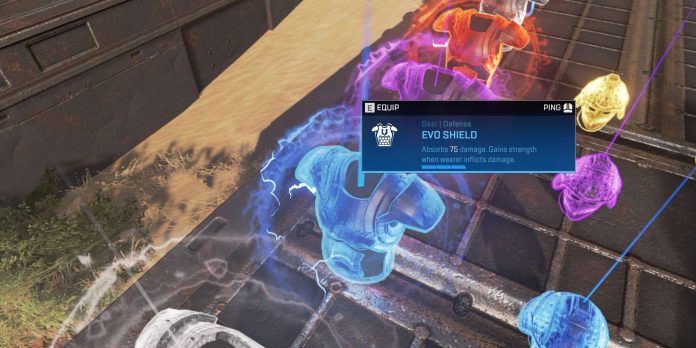 Many factors influence the dynamic gameplay of Apex Legends. Battles begin when enemy units come into contact with each other—a byproduct of the game’s map design, legend movement abilities, and bypass mechanics such as jump towers, tridents, and gravity cannons. In the midst of these fights, the rapid time to kill (TTK) is the result of weapons, grenades and legendary abilities nullifying the shields and health of players. The general basics of combat are explained in the Apex Legends tutorials, but for players to really understand the game well, they must participate in matches.

Trios, duets, arenas — these basic game modes will teach players the location of each map, the use of legendary abilities and, most importantly, how to fight with other players. Entering a match in which most of the lobby wants to kill a player can be a frightening experience, but over time this fear will eventually be replaced by a desire to become a better player. There are many hidden mechanics in Apex Legends that players can explore to get the better of their opponents; one of which is the often unspoken act of replacing armor.

What is an armor replacement?

Simply put, changing armor is lifting an Evo Shield from the ground or a Deathbox. If the Evo Shield in question is not broken, players can quickly replenish their Evo Shield stocks by donning it. This eliminates the need to use precious shield cells, shield batteries or Phoenix kits — items that take 3, 5 and 10 seconds to use, respectively. Armor replacement is a bit buggy when players use a 4th level Body Shield, but for the most part, as long as the Evo Shield that players want to pick up has more life points than the Evo Shield they are wearing, the game will intuitively allow them to switch to said armor by interacting with it.

What are the advantages of replacing armor?

The seconds required to use Shield Cell, Shield Battery, or Phoenix Kit may not seem that long, but in a dynamic game like Apex Legends, every bit of time is important. A couple of seconds spent charging shields could be better used to help teammates who are in battle. To this end, any method that helps circumvent time-consuming mechanics, such as shield charging, is welcome.

That’s why experienced players always try to change armor when their shields are running out. It doesn’t matter if the Evo Shield they switch to has a lower level or has less progress to the next stage. For them, the immediate need to survive is much more important. Professional Apex Legends players occupying the position usually fill their makeshift fort with as many Evo Shields as possible. This will simplify the replacement of armor and give them an advantage in case they need to engage in a quick battle.

Although not everyone is playing at the highest level, it’s worth knowing how useful armor replacement can be. Players who find themselves with a broken shield should keep in mind that they can get a quick boost by replacing the armor. Clearing the surrounding area in search of an Evo Shield is a great way to avoid enemy fire by acquiring a new shield to use. If players are in an area with a large number of death boxes, there is a chance that one of these dead players will have an unbroken Evo shield that they can use.

Once players take this mechanic to heart, they will find that they can survive many more shootouts than they could initially. By changing the Evo Shield during combat, players essentially improve their health. And considering that shields form half of a player’s total life points, this is of great importance for survival in more matches and improving their skills.

Day Shift reviews came out, and critics were divided about the...