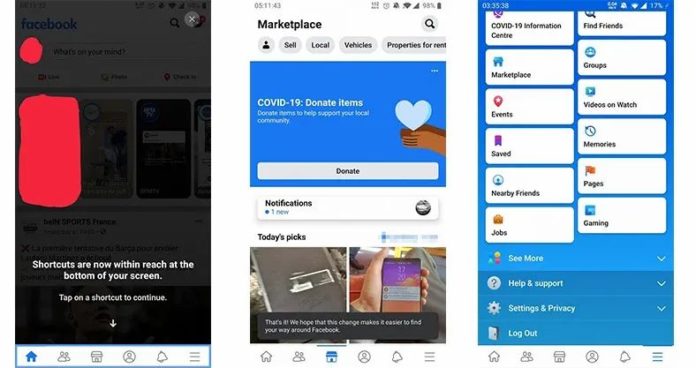 Facebook continues to improve the user experience of its mobile application. With the new update, the interface of Facebook’s Android application has been improved to make it easier for users to use it with one hand.

Facebook doesn’t hesitate to make bold updates in the design of the Android app. The company is able to resort to radical changes, especially to improve the user experience and facilitate one-handed use.

At the beginning of this year, Facebook, which has switched to a tabbed news flow interface for easier access to the Recent and Viewed Posts section in the news feed, has now been released an update that will allow the application to be used especially on large screen phones.

Screenshots shared by Facebook users on social media apps show that the update is not a test. However, we did not find any change in our own tests. Probably Facebook is gradually introducing the interface change regionally. You can check if the update has reached you in the Play Store.

Founder of the Giant Bitcoin Ponzi Structure Confessed Everything

NASA Calls For Car Manufacturers To Help The Moon Project

Xiaomi Mi 10 Ultra reaches the top of AnTuTu in benchmark

The first product of Spotify and DC Comics collaboration!

The problem that comes to Atlético at the worst time