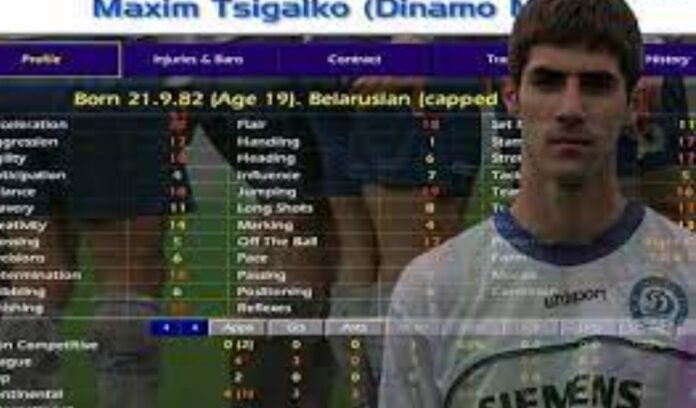 Maxim Tsigalko, who was among the unforgettable players of Championship Manager 01/02, died at the age of 37, although his real football career was not very bright.

Former football player Maxim Tsigalko, born in 1982, died at the age of 37. Although Tsigalko did not leave behind a very successful career as a footballer, it would not be wrong to say that he is remembered as a “legend” by Championship Manager 01/02 players.

Being among the best strikers of Championship Manager 01/02 and one of the rare scorers who could exceed 40 goals in a season, the former Belarusian football player could not make the expected explosion in real life and ended his football career at the age of 26.

While Maxim Tsigalko was a legend in Championship Manager, his real football career was extremely pale

Throughout his career, Tsigalko, who wore the jerseys of the teams Dinamo Minsk, Naftan, Kaysar (Kazakhstan), Banants (Armenia) and Savit, also put on the Belarusian national team jersey twice, and managed to score 1 goal in 68 minutes.

No official statement was made regarding the cause of death of Maxim Tsigalko, who was among the unforgettable players of Championship Manager 01/02, although he was never a “star” player.