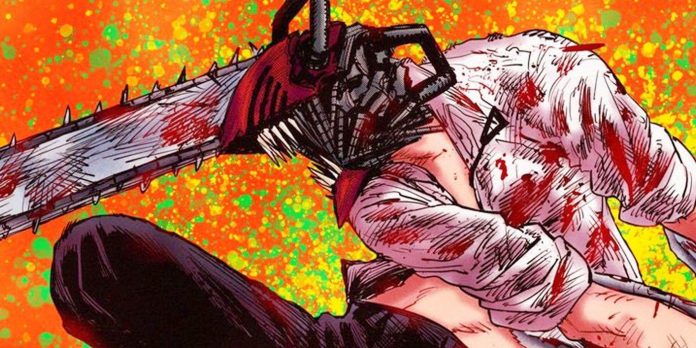 Tatsuki Fujimoto’s popular manga “The Man with the Chainsaw” has finally announced the date of its official return to serialization. The second part of “The Man with the Chainsaw” will begin on the pages of Weekly Shonen Jump and digitally in the applications Shonen Jump and MangaPlus. Fans around the world will find it hard to contain their excitement about the return of one of the most popular manga in recent years.

After its debut in Weekly Shonen Jump in 2018, “The Man with the Chainsaw” quickly became a sensation thanks to its attractive characters and original world-building. Fujimoto’s trademark use of supernatural elements to expose the shortcomings of real society really shines through in the manga, which focuses on people who live outside the norms of society and how they can be insulted, humiliated and literally objectified. “The Man with the Chainsaw” tells the story of one of these people, Denji, who is forced to live as a half-idiot due to the fact that he inherited his father’s debt to the Yakuza. Denji’s life changes when he meets Pochita, a Devil (creatures fueled by human fear) who sacrifices his life to save Denji by merging with him. In fact, Pochita was the scariest devil in hell, a devil with a chainsaw, which makes Denji the target of the perverted controlling devil, Makima.

“The Man with the Chainsaw” ended abruptly in 2020, when it was announced that the author would take a break before returning with the second part. Goodbye, Eri, it became an instant hit. However, the announcement that the fans were actually waiting for came on June 20, and it couldn’t have been better. The second part of “The Man with the Chainsaw” is ready, and it will begin on July 13. Shueisha announced this via the official Shonen Jump and Shonen Jump+ Twitter accounts.

Part 1 of “The Man with the Chainsaw” ended with chapter 97, leaving many mysteries to be solved, and teasing a new life for Denji, who must take care of Makima’s reincarnation, as well as take up the life of an “ordinary” high school student. The story ended on a seemingly positive note (compared to everything that happened before): Denji fully accepted the role of the Man with the Chainsaw as a “superhero”, which is the result of Makima’s manipulations, and left the darkest parts of his past behind. However, this is still Tatsuki Fujimoto’s manga, so there will probably be a lot of suffering, distorted emotions and nightmarish scenarios ahead. It would also be interesting if the author used Part 2 to explore the nature of Devils and Hell more, as they mostly stayed in the background to focus on the conflict with the Controlling Devil on Earth.

Fujimoto turned out to be an eclectic creator who can create beautiful and compelling stories without necessarily relying on bombastic violence and the action of a Man with a chainsaw. The use of violence and unexpected bloody scenes made “The Man with the Chainsaw” outrageous and refreshingly funny in the landscape of modern manga, but its complex themes and scathing criticism of both Western and Japanese society made it a worldwide hit. Fans who are wondering what new, amazing and outrageous stories Tatsuki Fujimoto has prepared should get acquainted with the second part of “The Man with the Chainsaw”, which will be released on July 13, 2022.