Home Entertainment Chains of Domination, this is the new WoW content patch 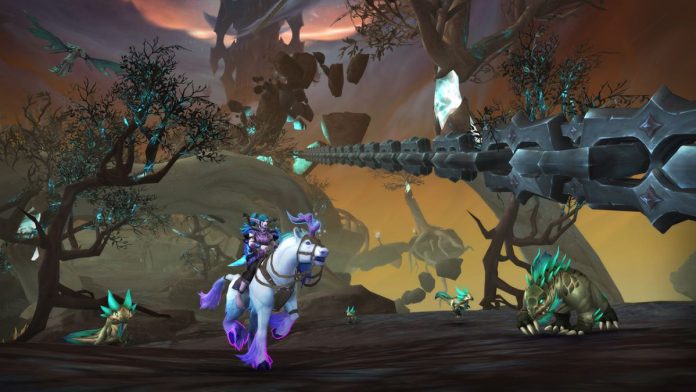 World of Warcraft: Shadowlands will receive new content with the arrival of Chains of Domination, patch 9.1 of the legendary Blizzard mmorpg.

World of Warcraft Shadowlands will shortly receive new content in its 9.1 update patch. The BlizzCon 2021 event, which this time has been developed entirely through the internet, has given more details about what awaits all of us who continue to travel through the Shadowlands.

Attention: the following video contains some important spoils of what will happen in the next Shadowlands patch. If you want to avoid as much as possible the course that the story will take from it, don’t watch the video.

Chains of Domination, as the next update is called, will bring Blizzard’s legendary mmorpg content to bore both in missions and challenges for groups of players. And of course, companion pets and a multitude of mounts. This is the content update 9.1.

Whoever warns is not a traitor, so if you don’t want to know anything about the plot that accompanies the Chains of Domination patch, better skip the next paragraph as it contains spoils that could ruin your gaming experience when you enter the new update. And no wonder, the story arc takes a frantic turn to the story of Shadowlands.

Sylvanas, associated with the Jailer, has a new target: Anduin. As we can see in the presentation video for Chains of Domination, the Golden-haired King becomes the new Lich King and unleashes mayhem in Bastion, eliminating the Archon Regent Kyrestia with one stroke. With this, the Jailer secures one of the four mysterious keys of which nothing is known. Or maybe it’s five?

This is how patch 9.1 will begin, with the union of the four curiae because of what happened and the renewed forces of all the allies after the fall of Sire Denathrius. Now, everyone will enter a new area of ​​the Maw called Korthia where new daily missions, bosses and activities will be available to all players. There, in addition, we will learn more about “The First” as well as get new rewards and mounts. As a bonus, the ability to move through the Maw with any of our mounts is unlocked.