Research firm Chainalysis warned its users, saying that the cryptocurrency exchange BitMEX poses a high risk. With the warning following the lawsuit between the US government and BitMEX, it was announced that the money transfers from BitMEX will be monitored by the system.

Chainalysis informed its customers that it will consider BitMEX as a high-risk exchange as of October 13, 2020. The statement came after the US Commodity Futures Trading Commission (CFTC) filed a lawsuit against BitMEX on October 1, 2020. BitMEX has been accused of failing to comply with US AML / KYC laws and still serving customers in the US.

Money Transfers Made With BitMEX Will Be Displayed On The System

Customers using the transfer tracking tool called Know Your Transaction (KYT) developed by Chainalysis will be able to see past and future transfers made with BitMEX in the system. Chainalysis said the following about BitMEX money transfers in an email to its customers:

Money transfers starting from October 1 should be considered as high risk. Teams will also be able to look at past money transfers. However, this change will be implemented gradually, as it may trigger thousands of transfers made in the past. ”

Stating that customers can set their own risk tolerances, Chainalysis officials underlined that the company should accept certain exchanges or institutions as “high risk” when deemed necessary to protect customers.

With the lawsuit filed by the US government against BitMEX, it was seen that the volume of Bitcoin in BitMEX decreased. According to data from Arcane Research, the number of open positions in BitMEX fell 16% after the lawsuit was filed. However, according to the data compiled in CoinMetrics’ article, despite the $ 500 million Bitcoin drop in BitMEX between September 30 – October 3, 2020, there is still $ 1.5 billion worth of Bitcoin in the exchange. 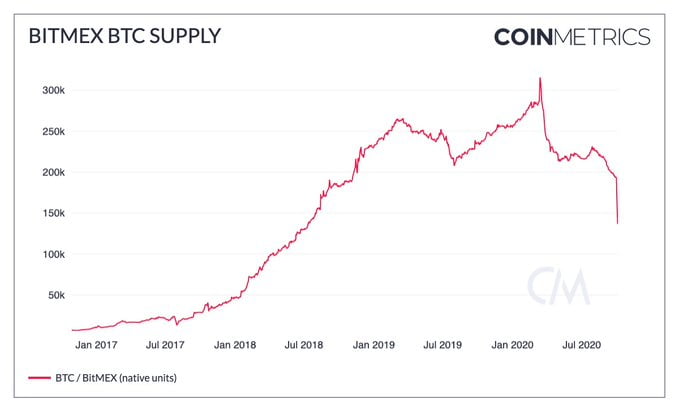 Other Companies May Be Affected by Chainalysis’s Attitude

David Mercer, CEO of the LMAX Group, a London-based currency and crypto exchange, suggested that Chainalysis’s move could create a chain effect and affect other institutions. According to Mercer, there is no major institution that would like to trade with BitMEX.

BitMEX, on the other hand, stated that they had a meeting with Chainalysis, their platform continued to be operated as before and money was transferred safely.

A first in the iOS and Android competition years later

Black Friday: Why more than 500 brands call for boycott

35 thousand dollars of food that a woman coughed on in...