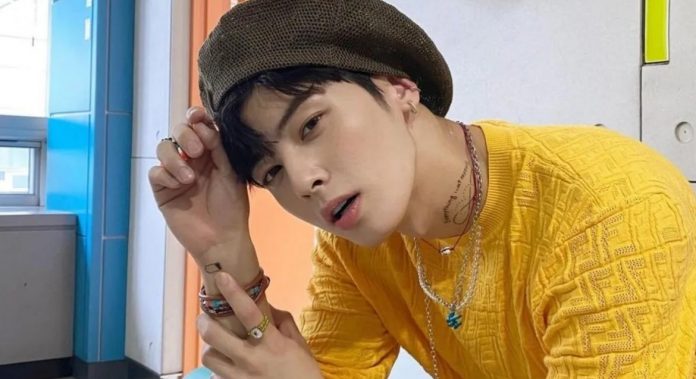 Cha Eun Wo’s career as a drama actor continues to rise and this 2021 in addition to the movie Decibel will surprise us with more.

What will Cha Eun Woo’s projects be in dramas? The True Beuty actor will have the remainder of 2021 full of activities because in addition to his participation in the long-awaited film Decibel, we will see him in more K-Dramas.

One of the brightest stars in the Korean star sky is Cha Eun Woo, since his ASTRO debut and foray into acting, he has taken over the screens and the hearts of millions of people around the world.

In the singer and actor’s career, 2020 represented a great year, 2021 will be just as important with some projects that have already excited us, among them Korean movies with stars and K-Dramas.

Months ago it was announced that the protagonist of True Beauty would participate in the movie Decibel, in this production he worked with celebrities of the stature of Lee Jong Suk, but the project is not the only one that will keep Eun Woo busy.

One of the new projects of Cha Eun Woo is the drama Island, it was reported that the member of ASTRO received an offer to be part of the cast and would positively considering his performance in production and Kang Hyuk Chan.

The Island K-Drama will be about Won Mi Ho, who is the only daughter of an important Korean businessman, but thanks to the girl’s attitude are heavy and selfish, her father will take her to Jeju Island where she will work as a high school teacher. In his new adventure, he will meet a ghost hunter. What will happen to both?

Apparently, the webtoon adaptations follow the ONE interpreter, because according to South Korean media, the producers of the Sweet And Sour Chicken adaptation offered him a role in the series directed by Lee Byungheon.

The story of Sweet And Sour Chicken is very funny, as it will tell the life of Minah, a girl who played with a machine that turned it into a delicious Korean dish, her father and his assistant will work to return it to its original form.

The company FANTAGIO Entertainment assured that Eun Woo’s performance in the new drama was not confirmed, nor did they completely rule out the idea of ​​the handsome idol’s participation in the plot. How about?