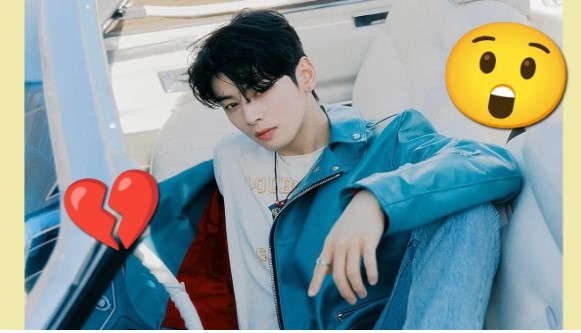 During his visit to Running Man, Cha Eun Woo showed that he has also suffered for love and that led him to beg one of his girlfriends to return to his side, the protagonist of True Beauty reveals the full story

The ASTRO guys just released their new album and have been promoting their songs, so we’ve seen them on some TV shows. One of the most anticipated I think was Running Man, but in addition to funny moments, the show gave us a big surprise with memories of Cha Eun Woo.

This idol attended along with Moonbin and Sanha for a filming of the show, but one of the games led them to reveal some secrets and truths, so they even talked about his love life. OMG!

The biggest surprise came when Cha Eun Woo revealed that he once even begged for love after ending a relationship that he still couldn’t let go of, what happened?

As part of the game, everyone received some questions with various topics, but when it was Cha Eun Woo’s turn, the question was:

Have you ever pathetically begged an ex to take you back after they dumped you?

To the surprise of fans and cast members, the K-Pop idol answered yes, but seeing everyone’s disbelief, the idol continued to reveal the story from when he was still a student. According to his story, he went to look for her ex-girlfriend because he missed her, but when he was with her again he couldn’t help asking her for another chance:

After I went to see her, I told her while she cried: Let’s meet again

DID CHA EUN WOO GET BACK WITH HIS EX-GIRLFRIEND?

The emotions did not stop increasing while everyone imagined the idol living the revealed situation, so many wanted to know what happened after begging the girl.

Cha Eun woo admitted that after that talk they went out again and continued as a couple for a while, but who would have thought that this guy would also have those kinds of difficult moments in love?

We also told you that some members of TWICE are a bit sick, but how are they feeling?