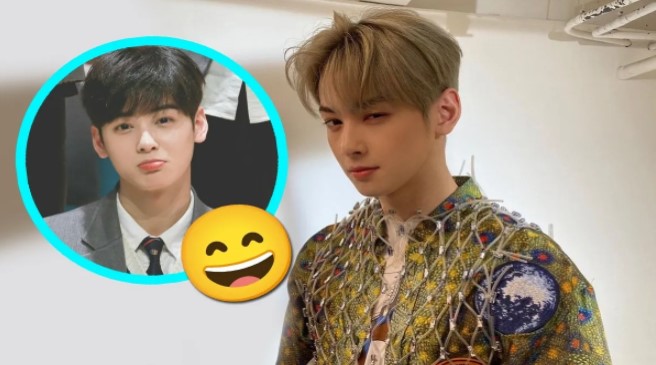 Eun Woo’s performance in dramas has allowed us to see him bring different characters to life and one of them showed his tender side by the hand of a song with a lot of aegyo.

Through the trajectory he is building in K-Dramas, the ASTRO member delved into school stories, period dramas, sometimes with entertainment plots and more, but in each one we see something different from Cha Eun. Woo.

On some occasions he is a very intelligent, cheerful or cold personality boy and we often see him acting heroically, either raising his voice for justice or even being in the right moment to save someone.

However, the adorable side of him has also been shown in romantic dramas, not only seeing him as a dream boyfriend but even showing his aegyo.

In the True Beauty drama, also known as Beauty Secrets, this boy was seen by all his classmates as someone very serious and even a little cold, but that was put aside when he tried his best to make Joo Kyung smile. .

Suho, who is the character played by the actor, followed the advice of one of his friends and learned from seeing him with his girlfriend, so when the girl he likes was having a difficult time he did not hesitate to put aside the pain and sing a song with a lot of aegyo to make her smile.

This worked for Moon Ga Young’s character, but also for all of her fans who couldn’t help but feel tender seeing her.

Although we haven’t seen much of him in his drama characters, those who have followed the idol since his debut with ASTRO will know that even if he feels a bit shy at times, Cha Eun Woo has performed these kinds of tunes on several occasions.

Also, if his fans want to see a cute pose at a fan meeting or other similar event, he will gladly do so.

On the other hand, we tell you what was the most rebellious thing that Cha Eun Woo did when he was a student, he confesses it himself.