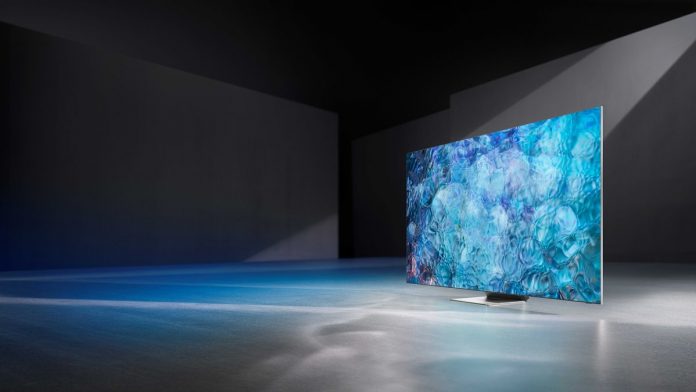 Smart TVs with special features for gamers. As one of the first presenters in the previous framework of the Consumer Electronic Show 2021 (CES), which was taking place in the city of Las Vegas, Nevada in the US and which will now be developed digitally, the South Korean company Samsung presented its new line of Smart TV’s Neo QLED.

What is Neo QLED?

A technology that made LEDs 40 times smaller, this will translate into better lighting areas, colors and therefore contrast. The company emphasized that this patent promises to last at least 100,000 hours since they are inorganic. This technology will also allow for thinner and lighter panels.

Like its Sony counterpart, it will integrate artificial intelligence to resize and enhance lower resolution images to fit the panel, even compensating for the bandwidth drop that may exist in streaming services.

All this will be possible thanks to the Neo Quantum processor that, in turn, will allow you to monitor, for example, how many frames per second your favorite video game is running through functions such as the Game Bar.

This patent through the software and the chip will integrate functions that will allow us to adapt the image in such a way that we can focus better in first person shooter games. We can also change different aspect ratios of 16: 9, 21: 9 or 32: 9 only in PC games with titles compatible with ultra-wide monitors, repositioning the image to have a different perspective, however, they will include Free Sync Premium Pro and VRR to reduce the latency time between the computer and the screen, as does the LG BX OLED Smart TV that we analyzed in 2020.

SpaceX to Receive $ 80M from NASA for a New Mission