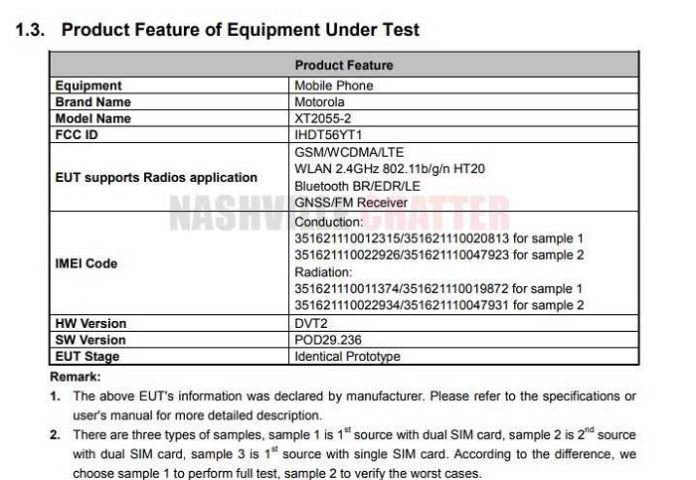 The certificate for a new smartphone called Motorola’s ‘Blackjack’ has been released. The smartphone, which is claimed to be owned by Motorola’s parent company, Lenovo, also gives priority to battery life as can be understood from the certificate and may take its place on the shelves soon.

The FCC certificate of a new smartphone of Motorola has surfaced and significant information about the features of the device has been obtained. One of the biggest information about the smartphone with the model number XT2055-2 is that the device has a 5,000 mAh battery. This means that Motorola’s strategy for the new smartphone focuses more on battery life. The smartphone, which is expected to be a mid-range device, is claimed to be included in a series belonging to Motorola’s parent company, Lenovo.

Certificate of Motorola’s new smartphone:
US technology giant Motorola seems to continue working on new smartphones without slowing down. If we look at the FCC, EEC and WFA certificates that have emerged so far, we can say that the new models will be available soon. Motorola XT2043, which has a 4,000 mAh battery, is among the smart phones that have been revealed. Smartphones with Motorola XT2045, XT2052 and XT2053 model numbers are also expected to be available soon as different models of Motorola and Lenovo series.

In addition to the information obtained, the smartphone with the model number XT2053 was mentioned as Lenovo K11 on the Thailand NBTC website. The Lenovo K11 smartphone is expected to be a mid-range device and also has an Android 9 Pie operating system with a 6.2-inch screen.

The Number of Views You Will Have A Hard Time Reading...