A Certificate Claimed to Redmi Note 9 Pro. China’s technology giant, Xiaomi, recently received two new certificates to adorn the headlines. One of the certificates that Xiaomi has received for two new smartphones is claimed to be the continuation of the Redmi Note series, which has made its mark in many regions.

Lei Jun, CEO of Chinese technology giant Xiaomi, announced in a recent statement that they will offer 10 5G smartphones to users during 2020. Of course, this does not mean that the company will only produce devices that offer 5G support. Two new devices, model numbers Model M2003J15SC ’and‘ M2003J15SE sertifikal, have been certified by the Ministry of Industry and Information Technology (MIIT).

As you can see in the resulting image, both smartphones have 4G support. Experts estimate that one of the two devices will be in the Redmi and the other in the Mi series. For this reason, it is wondered whether one of the devices is the Redmi Note 9 Pro.

Certificate of the first approved device: 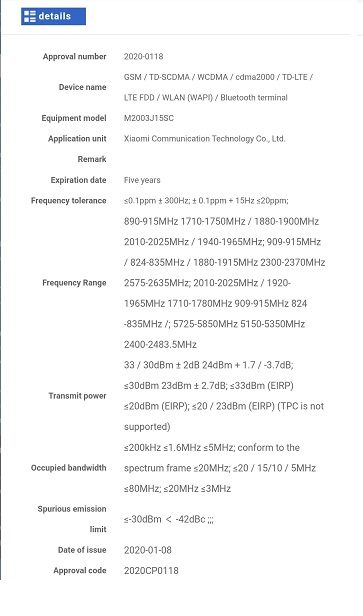 There is currently no definite information about the two certified devices, but according to many Xiaomi fans and technology fans, one of them will appear as Redmi Note 9 Pro, but no predictions will be made of the other smartphone.

Certification of the second approved device: 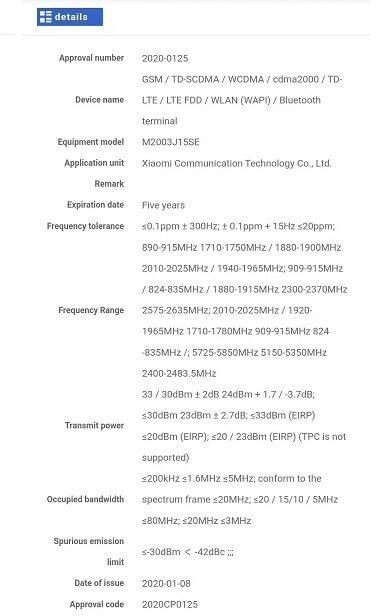 There is currently little information about Redmi’s new smartphone, but it is certain that Xiaomi will become a valuable member of the independent brand. As many of you know, the Redmi Note series smartphones have been sold scrambling, making it one of the best-selling smartphone models in many regions. Therefore, it is not wrong to predict that the Redmi Note 9 Pro smartphone will reach similar sales figures.

Xiaomi’s new charging adapter has also recently received a 3C certification, and as it turns out, one of the features of the device is the 33W fast charging support. In addition, according to information about the Redmi 9 series, the device’s MediaTek Helio G70 processor, 6.6-inch screen and 4 GB + 64 GB storage space.