According to Nigel Green, CEO of deVere Group, Bitcoin is taking firm steps towards becoming the new gold. CEO stated that Bitcoin is a much more attractive asset than gold for our age due to its technological and decentralized nature.

Nigel Green, CEO of deVere company, which runs finance and financial technology (fintech) applications, said Bitcoin could replace gold. Saying that gold has been a reliable investment tool for thousands of years, Green said that the precious metal is also open to being affected by developments outside the market. But Green, who thinks that will change, argued that users have many reasons to prefer Bitcoin. The CEO predicts that with the interest and aptitude of new generations in technology, Bitcoin can become the new leading investment tool.

Gold Is Affected By The Events Around It, Bitcoin Has Advantage In This

Gold prices are highly affected by the domestic conditions of the countries. As the people who see gold as a safe investment tool become aware of this, they may tend towards more independent investment tools such as digital currencies. Citing this feature of gold, CEO Nigel Green claimed that gold, which was affected by domestic or international political events such as Brexit and the presidential elections, or by the coinage policies implemented by central banks, was not as popular as before.

Despite the fact that both gold and Bitcoin are assets with limited supply, called “hard money”, BTC is known for its exact maximum supply. With this aspect, it is also one of the main ways to keep up with today’s increasingly developing technological world, according to Bitcoin Nigel Green, which multiplies its value for investors. Another of the strengths of Bitcoin compared to gold is its ease of transaction and its decentralized structure; With BTC, investors can perform their transactions from anywhere, every second, every day.

With the negative impact of the coronavirus pandemic on the economy since March, people started to see Bitcoin as a safe investment tool. The depreciation of the dollar with the US and Fed policies resulted in investors taking shelter in Bitcoin. Being partially independent of internal developments and environmental factors in its general structure, BTC has become more sensitive to stock markets and precious metals such as gold with this interest.

According to most experts, it can be difficult to avoid this sensitivity exhibited by Bitcoin before the pandemic process ends. This sensitivity may be one of the consequences of Bitcoin being seen as the new gold, in line with the statements of CEO Nigel Green. 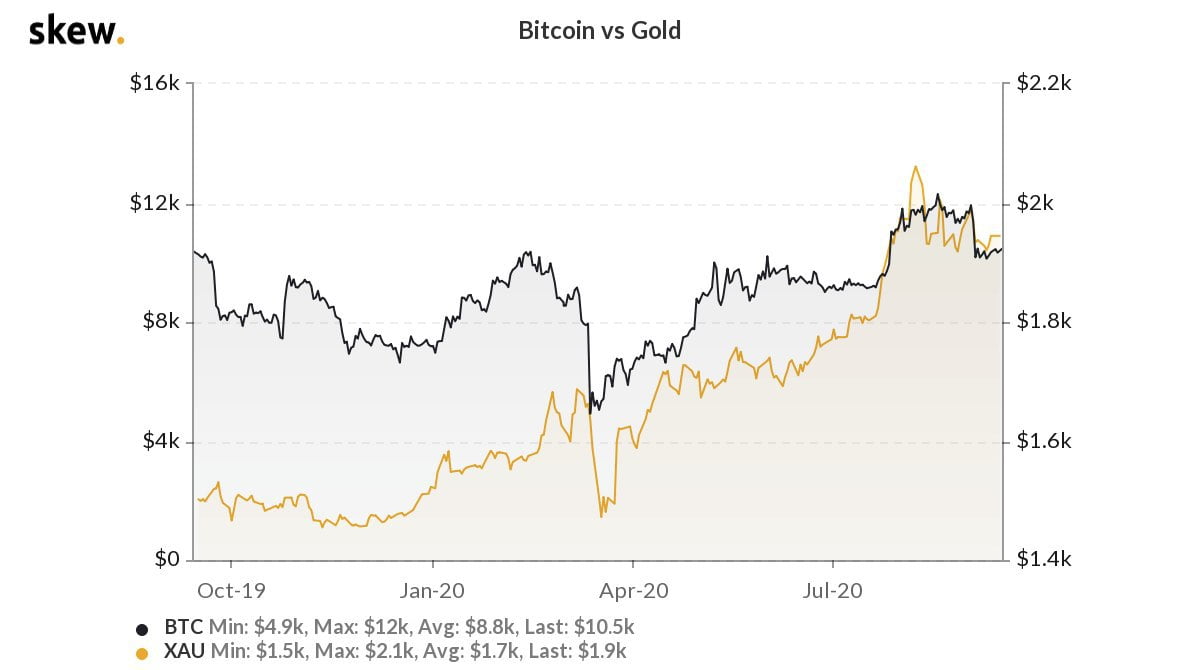 Trick to know when someone is “online” on WhatsApp Web

Bitcoin (BTC) Can Start the Largest Bull Run in History

Park Seo Joon was about to undergo cosmetic surgery

Claim Here: learn how to make a complaint on the site