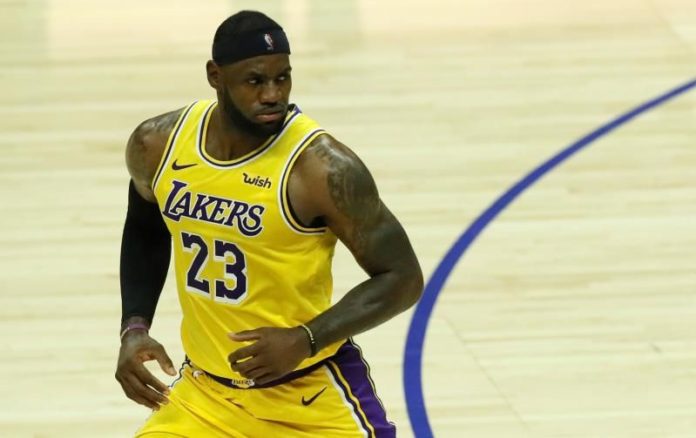 The Boston Celtics maintain the winning formula and were credited with their ninth consecutive victory, which allows them to secure themselves as the team with the best brand in the league so far this season.

If the Celtics extended their triumphal streak, the Los Angeles Lakers were not far behind and are second in the league, behind only Boston.

Base Kemba Walker led the attack with 25 points and the Celtics won the Washington Wizards 140-133, who had Bradley Beal with 44 points.

The Celtics, who got their ninth consecutive victory, have not lost since the season opener against the Philadelphia Sixers.

Boston is playing its longest winning streak since winning 16 straight games in a row in the 2017-18 season.

Forward Jayson Tatum regained his best wrist touch and scored 23 points in a seven-player attack with double-digit scoring, including the five starters, and the Celtics put their mark at 9-1.

In addition the Celtics remain without defeat in their field of the TD Garden of Boston so far this season, with a 5-0 mark.

Star forward LeBron James got a double-double of 23 points and 12 assists with the Lakers, who won the Golden State Warriors 120-94.

The Lakers achieved the second best mark in the league with 9-2, playing without power forward Anthony Davis, who was out of action due to pain in his right shoulder.

James played 26 minutes and helped the Lakers get a 9-2 mark in the championship and 5-1 in games held in their field.

The four-time MVP winner of the league achieved a 12-0 run with six points in the first quarter when the Lakers scored 70 percent of their field shots and scored five triples.

The 38 points of the Lakers in that period tied the highest score so far this season for a quarter.

Escort James Harden scored 47 points and led a list of only three players with double-digit scoring with the Houston Rockets, who beat the Los Angeles Clippers 102-93.

With their victory the Rockets improved their mark to 8-3 in the championship and 4-1 in their field of Toyota Center so far this season.

In an intense game, the Clippers coach Doc Rivers was sent off in the last quarter of the game.

Rivers received two technical fouls for protesting plays and was expelled, while his son Austin Rivers, Houston’s reserve base laughed and told the referees to take out his father.

“I think it will take a long time until my father can invite me back to dinner,” Austin Rivers joked at the end of the game.

Harden also won the individual duel to the Clippers star, forward Kawhi Leonard, who finished with a double-double of 26 points and 12 rebounds – all defensive – which in the end could not prevent the defeat of the Clippers.

Cameroonian power forward Pascal Siakam once again claimed his status as a new Toronto Raptor franchise player to whom he contributed 36 points that allowed them to win at home at 106-114 at the Portland Trail Blazers.

The base Fred VanVleet contributed another 30 goals and forward forward Rondae Hollis-Jefferson got a double-double of 16 points and 11 rebounds as the sixth player of the Raptors (8-3), who won the fourth game in the last five games.

Canadian forward Andrew Wiggins scored 30 points as the lead scorer for the Minnesota Timberwolves, who beat the San Antonio Spurs 129-114, who lost for the third time in a row.

The American center of Dominican origin Karl Anthony Towns contributed a double-double of 28 points and 11 rebounds and reserve base Jeff Teague made 18 with the Minnesota team, which improved its mark to 7-4.

Towns played 30 minutes and made 7 of 15 field shots, including 3 of 9 triples, 11 of 13 from the personnel line, and delivered four assists.

Duo Towns and Wiggins gave Minnesota a third straight game with more than 25 points each.

Towns and Wiggins are currently the only teammates in the NBA with an average of more than 25 points per game.

The Swiss center of Montenegrin origin Nikola Vucevic had double-double 25 points and 12 rebounds with the Orlando Magic, who defeated the Philadelphia Sixers 112-97.