Home Entertainment Cell in Kimetsu no Yaiba? This is how the villain would look... An artist imagines Cell from Dragon Ball in anime like Kimetsu no Yaiba, JoJo’s Bizarre Adventure, Bleach, Death Note and others

Dragon Ball, the work of Akira Toriyama, is one of the most popular manga and anime. Although the first animated adaptation is great, there are those who prefer its successor, the Z series. This one has great fights against the most terrible enemies, like Cell.

His own saga is extremely exciting and he is one of the best villains created by Toriyama. It has a prominent and distinctive design. But how would this character look differently?

In this case, sticking to the way of drawing of various artists. The first design in the top row shows Cell drawn in the style of Toriyama. The one who follows him imagines it as if it had been drawn by his colleague mangaka Hirohiko Araki from JoJo’s Bizarre Adventure.

The third design of Cell from Dragon Ball would be of Hajime Isayama from Shingeki no Kyojin, with a face that seems inspired by the Armored Titan. In the next row you can see a very imaginative design of the character, as if it were a Gundam.

In this case corresponding to Mobile Suit Gundam Wing, in whose mechanical designs three artists participated: Hajime Katoki, Junya Ishigaki and Kunio Okawara. The following is in the style of Death Note. 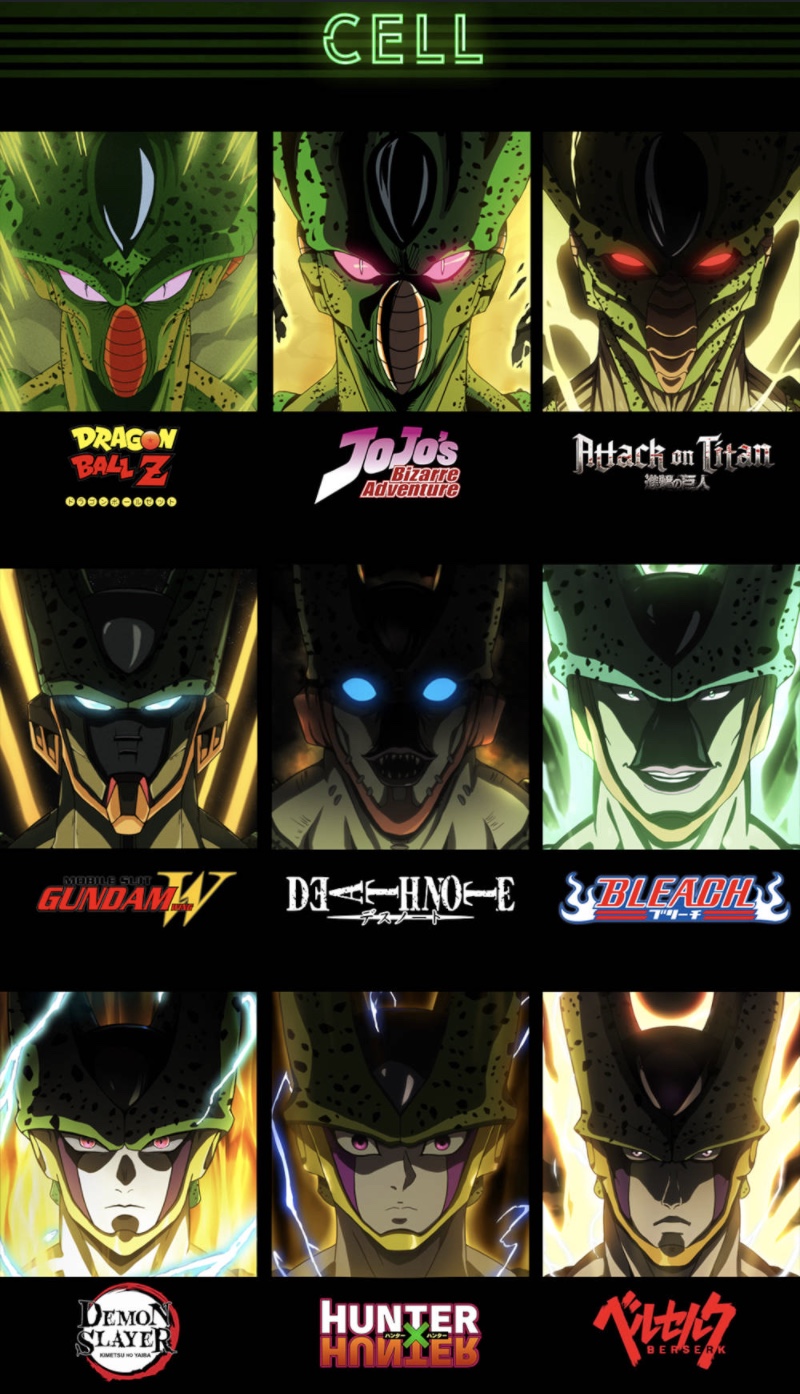 As we mentioned in a previous paragraph, this last style would be drawn by Takeshi Obata and is clearly inspired by Ryuk. As for the last one in that row, it corresponds to the way of drawing of Tite Kubo from Bleach.

It is not entirely clear which character he is based on. In the last row, the first design is as if it had been drawn by the mangaka Koyoharu Gotōge from Kimetsu no Yaiba. In this case, his eyes and expression are clearly reminiscent of the infamous Muzan Kibutsuji.

As for the following recreation of Cell, it’s as if it was drawn by Yoshihiro Togashi from Hunter x Hunter. In this case he bears great similarity to Meruem. The latest design is in the style of the late Kentaro Miura from Berserk.

He has a tough and intimidating face. In summary, they are all good ideas of what this Dragon Ball character would look like with different ways of drawing it. The video in this note shows how the illustration was made.