Home Celebrity Celebrities who were Abercrombie & Fitch models before they became famous: Jennifer... 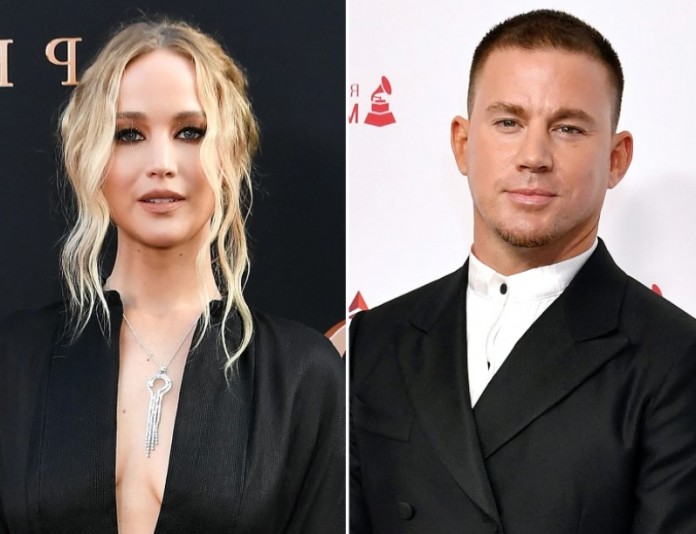 The first days! Many celebrities tried their hand at modeling before succeeding, and a shocking number of them worked at Abercrombie & Fitch.

The sportswear brand found itself in the spotlight again after the release in April 2022 of the Netflix documentary “Hot Whites: The Rise and Fall of Abercrombie & Fitch”, which tells about what happened after Michael Jeffries became CEO of the company in 1992. The businessman resigned in 2014 amid declining sales and accusations of racism within the company, but many photos of yet-to-be-famous stars modeling for the brand live on.

“I was actually one of the guys from the catalog,” Channing Tatum told Interview magazine in April 2009, noting that he wasn’t one of the shirtless guys who stood outside the store. “At some point I had to wear a chicken costume. I was like a mascot. We were in the locker room, and there were a bunch of dudes with abs all the way down to their… damn, their crotches? And then I found myself in a chicken costume standing next to them.”

Jennifer Lawrence, in turn, participated in a football-themed photo shoot before becoming an Oscar-winning actress. However, the photos never saw the light of day because she was too interested in winning the pretend game.

“All the other models kind of play football beautifully, but not me,” the “Joy” star said during an appearance on the Graham Norton show in December 2015. “[In] all the photos, my face is red, [I’m] covered in sweat, my nostrils are flaring. … At some point, the girl screamed: “Just get her away from me.”

When the Kentucky native realized she had never seen the pictures from the shoot, her team helped her figure it out. “My agent texted and asked why, and they literally only replied with photos,” she recalls.

Although A&F is a clothing brand, some of their campaigns of the 90s and early noughties hit the headlines due to the fact that there were very few relevant clothes in them. Malin Akerman, for example, posed topless with a young Jamie Dornan around 2002.

“I really don’t know what we were selling,” the “27 Dresses” star joked during a February 2017 interview on “Late Night with Seth Meyers.” “We had to install, and after two shots, the clothes came off. [The photographer] didn’t want us to have clothes on. …Needless to say, we got to know each other very well.”

Keep scrolling to find out which celebrities started modeling for Abercrombie & Fitch.

The actor You appeared in an issue of A&F magazine in the early 2000s, but his photos were not used in any marketing campaigns.

The director of Booksmart worked as a model for A&F in 2004, shortly before he got the permanent role of Alex in the TV series “Lonely Hearts”.

Before he played Clark Kent in The Mysteries of Smallville, the New York native worked as a model for A&F, as well as for Tommy Hilfiger and Calvin Klein.

The American Hustle star tried her hand at modeling Abercrombie before she started getting her first roles in TV series including Medium and The Bill Engvall Show.

The Belfast actor appeared nude in an ad campaign with Ackerman. While working as a model, Dornan received the nickname “Golden Torso” from the editor of the magazine.

The supermodel is known for her work with Victoria’s Secret, but in 2002 she posed for A&F Quarterly.

The “Super Mike XXL” star was a model for Abercrombie in 2001.

In 2018, the Mad Men graduate shared a retrospective photo of her A&F days on Instagram and made fun of her posing skills. “This is when I was an Abercrombie and Fitch model, and the pose I created was called ‘itchy stomach,'” she joked on Instagram. “Probably sold several pairs of white tanks with this pose causing itching in the stomach. I try not to do this anymore, I can’t stand such attention.”

“A return to the good old days of Abercrombie,” the Twilight star joked in a Facebook post in December 2015, along with a vintage photo of his artfully tousled A&F hairstyle. “Look at that hair, haha!!! Who wore them better? #taylorswift, #kellanlutz or #jenniferlawrence? I think my headboard [‘do] was on top! Or at least my mom!”

Like her Twilight co-star Lutz, Reed modeled for A&F in 2004.

The graduate of the series “Scream Queens” appeared in an A&F commercial in 2005, a year before the movie “Aquamarine” made her a star.

Shortly before he landed the role of Luke in Lonely Hearts, the Nashville graduate dressed up in football gear for an Abercrombie commercial.