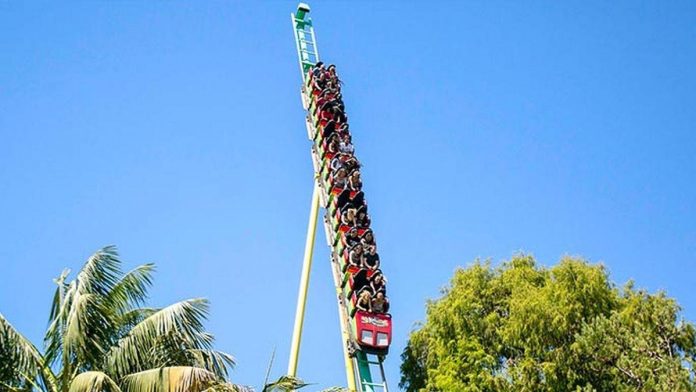 Cedar Fair is one of the world’s largest amusement park companies. Of the 11 parks (not counting water parks), only Six Flags has more individual locations or a park with a large number of roller coasters. From Cedar Point to Knotts Berry Farm and Carrowinds, some of the most popular parks in the country are managed by Cedar Fair. Today, the parent company, which recently abandoned the SeaWorld buyout, unveiled its plans for the 2023 season in all its locations, and there’s plenty to get excited about, from the new roller coaster and a brand new boardwalk area at Cedar Point to the Carrowinds 50th anniversary celebration.

Cedar Point is the flagship location of Cedar Fair. It has more roller coasters than any other Cedar Fair park in the U.S., and that number is about to increase. In 2023, the Wild Mouse, a modern version of the roller coaster that opened in the park back in 1959, will open at Cedar Point. This new version will include brand new innovations such as cars that rotate 360 degrees. Cedar Point will also open a brand new part of the park called The Boardwalk, which is also intended to be a modern take on the classic part of the park’s history, including a new Large Pavilion dating back to the one that originally existed back in 1888.

Guests of Knott’s Berry Farm in Buena Park will see how the Fiesta Village area will be redecorated. As part of the update, Montezooma’s Revenge roller coaster will be reinterpreted and also renamed MonteZOOMa: The Forbidden Fortress with a new storyline and new surprises. Knott’s Berry Farm Hotel will also undergo a significant renovation designed to “raise the level of service” for both corporate clients and groups of vacationers.

In 2021, the 50th anniversary of Walt Disney began, and in 2022, the 50th anniversary of the electricity parade on Disneyland’s main street was celebrated, but in 2023, a pair of 50th anniversaries of Cedar Fair parks will be celebrated. At Carrowinds Park in North Carolina, we will see how part of Crossroads Park will be completely transformed into Aeronautica Landing, dedicated to the history of aviation in the region, and will include five new themed rides and two brand new restaurants. Missouri Worlds of Fun will celebrate its anniversary with a new version of the Zambezi Zinger roller coaster, one of the first roller coasters to open the park in 1973. The stage show 50 Nights of Fire will sound to the music of the last 50 years and the finale will be filled with pyrotechnics.

This is only a small part of the new products that will appear in Cedar Fair parks next year. In addition, the Canadian Wonderland will receive its 18th roller coaster, based on Charles Schultz’s classic comic strip Peanuts with Snoopy’s Racing Railroad. Peanuts will also become an important part of Greater America in California with a limited-time peanut festival scheduled for 2023.

Whichever Cedar Fair amusement park is closest to you, there will definitely be something worth visiting next season.

Microsoft Puts the Turbo: Almost 100 Games Are Already Compatible With...