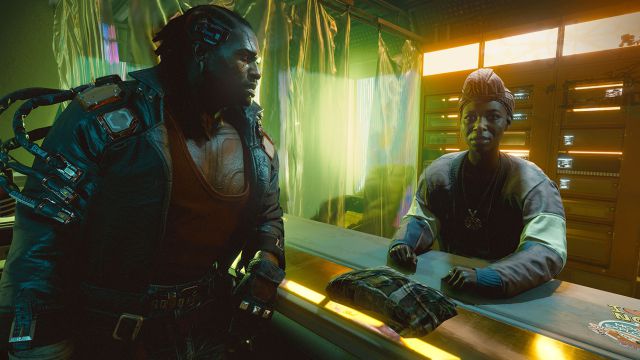 The office of competition and consumer protection in Poland confirms the start of the investigation to CD Projekt Red on the Cyberpunk 2077 case.

CD Projekt Red does not start the year with good news. The office of competition and consumer protection in Poland has confirmed the first contacts with the study in the same country. Research on Cyberpunk 2077 will lead the body “to understand the problems of the game” and “what actions have been taken to fix it.”

“We will remain vigilant about how the manufacturer is working on introducing solutions to the difficulties that prevent the game [from working] on different consoles, but also how they will tend to act in relation to those people who have reported complaints and are dissatisfied with their purchase. due to the inability to play in their own teams despite the guarantees [that they would] ”, explains Malgorzata Cieloch, one of the spokespersons for UOKiK (the organization), in an interview with the Polish newspaper Dziennik Gazeta Prawna.

Cieloch clarifies that once the situation has been discussed with CD Projekt Red, they will decide what the next step in the investigation will be. In the same article, lawyer Dominik Jedrzedjko points out that despite efforts to correct the problems in Cyberpunk 2077, it may not be enough to avoid being charged with “unfair market practice.”

A problem for CD Projekt Red

Before closing 2020, the Polish study was facing a class action proposal from the Rosen Law firm in the United States. The company’s reaction was terse: they will defend themselves “vigorously against such accusations.” Beyond bugs or certain technical problems, the release status of the last generation versions was at an unworthy level, as we said in our console-focused analysis.

The latest update you have received corresponds to patch 1.06, one more grimace on the way to improve the situation. The first to take action was Sony, which was withdrawing the game from sale on the PlayStation Store for PS4 and PS5. Microsoft would not fully follow in the footsteps of the Japanese, although it does warn gamers with a message on the Microsoft Store profile.

The Next TikTok News: Audio Rooms, Avatars And More