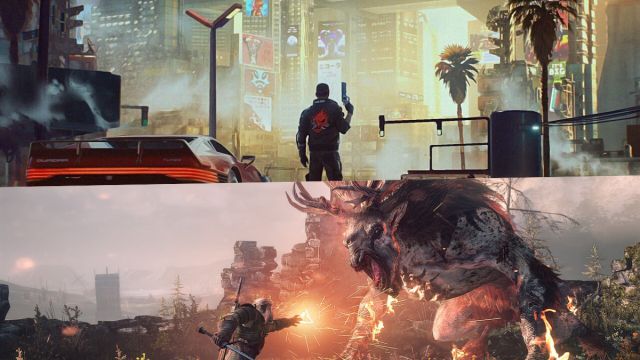 CD Projekt: Although physical sales have increased only slightly, digital sales have improved considerably. The release of Cyberpunk 2077 has muddied the reputation of CD Projekt RED, a studio that had earned the respect of gamers thanks to The Witcher 3: Wild Hunt. The company intoned the mea culpa and set about improving the game through updates. Now, the Poles have presented the financial results for the first half of the year. The figures reflect that in this period there has been an increase in income (not profits). In total, the year-on-year growth has been 29% (471 million zlotys, that is, about 100 million euros at the exchange rate), although sales in Europe have plummeted.

The revenue improvement is largely due to sales of Cyberpunk 2077, The Witcher 3: Wild Hunt, and their expansions. While physical games have grown only 5% over the same period last year, digital sales have soared to 32%. Sales change significantly depending on the territory. Thus, they fell by 52% if we compare them with those of 2020, while in the United States they have experienced a year-on-year growth of 94%.

CD Projekt RED has acknowledged that the troubled launch of Cyberpunk 2077 has hurt them even though revenues have increased, as “costs related to intensive and ongoing work by the development team” have to be taken into account, as they have status and are developing updates and improvements for the game.

Not surprisingly, the study has once again emphasized that its intention is to keep the word they gave to the players, so they will continue to work on new updates. Adam Kicinski, CEO of CDPR, further explained that the company strongly believes in the long-term potential of this intellectual property. They consider that the launch of the new generation version will be key for the future, although there is still no specific date. As reported, the intention is to launch it by the end of 2021, but it can still be delayed, like that of The Witcher 3. Even so, the benefits have fallen by 28%.

Cyberpunk 2077 is available on PS4, Xbox One, PC, and Google Stadia and is backward compatible with next-gen consoles. There are no details yet on the first major paid expansion, although the bulk of the studio is working on it.

Game Dev Tycoon: how to move to a new office

Friendship is Hell in the first trailer of my Best Friend’s...