Home Tech CBLoL 2020: Vivo Keyd is in the lead and paiN approaches the... 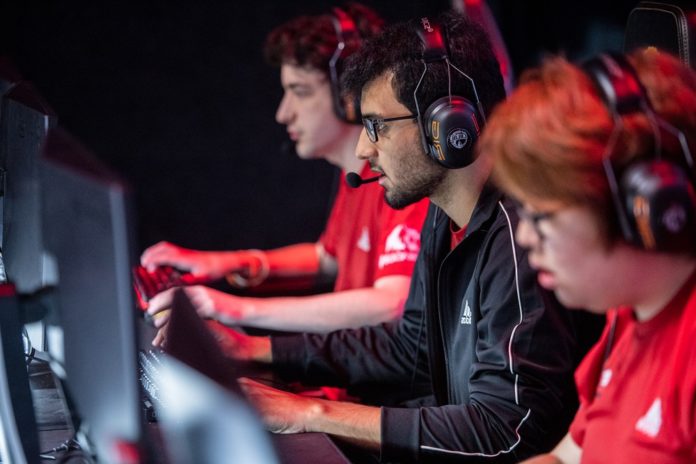 The Brazilian League of Legends Championship (CBLoL) 2020 1st split returned almost a month after being suspended due to the pandemic of the new coronavirus (Covid-19). The competition returned with a super week of games, extending over three days. Vivo Keyd ended the week in the lead, followed by Flamengo, while paiN Gaming and Prodigy close the top 4. Soon after, FURIA Uppercut, INTZ and KaBuM try to get closer to the playoff spots, but Redemption is bitter in the championship lantern. See the results, the current standings and highlights from the seventh week of CBLoL games below.

Leaders rotation
Vivo Keyd and Flamengo took the lead during the week. Rubro-Negro fell asleep in first place on Saturday after Vivo Keyd faltered against KaBuM, with the tiebreaker criterion favoring Flamengo. With the possibility of being the only team to come out with three wins this super week, Flamengo had its plans ruined by paiN Gaming on Sunday, which managed a crucial game that shakes the top 3 of the table.

The Flamengo week had Gabriel “Jojo” as the official starting support after Han “Luci” returned to Korea. Last Friday (10), the team had a hard-won victory against KaBuM – the Ninjas fought until the end but ended up giving up on 44 minutes. On Saturday, it was INTZ’s turn to suffer at the hands of Flamengo, who had a much more dominant game, especially Filipe “Ranger” Brombilla.

However, in the classic against paiN Gaming, Flamengo ended up giving in to their rival after an arduous match, with emphasis on Felipe “BrTT” Gonçalves using his Draven. With the defeat, Flamengo ends up returning to second place and has his own paiN to worry about right away in third place. Vivo Keyd started the week well with a dominant victory over the Redemption flashlight, but succumbed to KaBuM on Saturday. The performance roller coaster ended on a high, with a very proactive game against Prodigy.

Race for the Playoffs
With the start of the third and final round of the competition, teams need every possible victory to guarantee their place in the semifinals. While Vivo Keyd and Flamengo are favorites for the first places, in reality nothing is defined. The paiN Gaming and Prodigy teams pull over right away and FURIA Uppercut, INTZ and KaBuM fight for the remaining spots. The next rounds will be life and death for the teams.

Of the playoff candidates, paiN and INTZ came out with wins on Friday. On Saturday it was the turn of Prodigy, KaBuM and FURIA Uppercut to win their clashes and bring the distance closer. On Sunday, INTZ and FURIA left with a positive balance, preventing their opponents from taking off the table. While KaBuM and Redemption find themselves in the last places, there is still hope for a surprise – not only fleeing the direct relegation but reaching a last place in the playoffs.

Isolated on flashlight
Given the end of the super week, Redemption is in a very unfavorable position in the league table. After spending several weeks bundling the bottom with INTZ and KaBuM, the Porto Alegre team found themselves isolated in the last position, without achieving a victory in this super week of games. With the final stretch approaching, staying in last place is risky and the team is one of the candidates for direct relegation.

iPhone 11 Pro Max works after a year submerged in lake