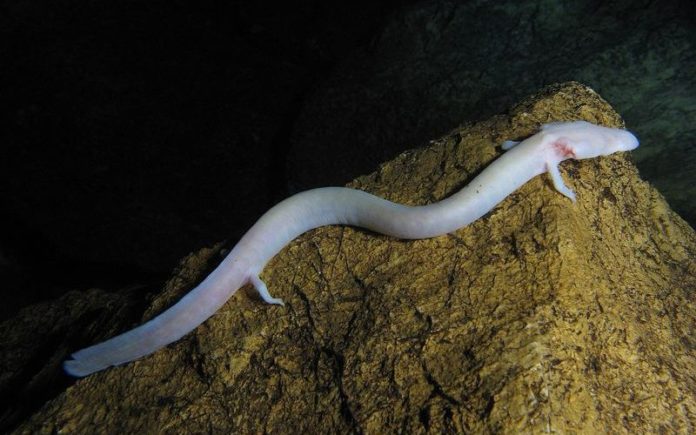 Salamanders are known as one of the longest living creatures. The years of inertia of the cave salamander, which is a rarely observed species among the salamanders, caused surprise among researchers.

Studies about salamanders continue to surprise scientists. Previous studies have shown that these creatures can live for hundreds of years. A new study revealed that the salamander known as a cave salamander could remain motionless for years.

Gergely Balázs-led scientists at Eötvös Loránd University in Hungary conducted a study on the cave salamander population in water caves east of Bosnia and Herzegovina.

For more than eight years, the researchers used a method called “catch-mark-recapture” to follow cave salamanders. “They hang around, they hardly move,” Balázs told New Scientist about the study.

Scientists working on cave salamanders published the results of the study in Journal Zoology. In the article they wrote, the researchers stated that the studies on the species were generally carried out in a laboratory environment, and not working in natural areas caused data deficiency.

Scientists at Eötvös Loránd University, working on cave salamanders, announced that the study on these creatures will provide other information about the water cave ecosystem.

Oxford University: We Are 80 Percent Hopeful About COVID-19 Vaccine Trials