Home Entertainment Cate Blanchett will play the narrator in the Netflix series “School of... 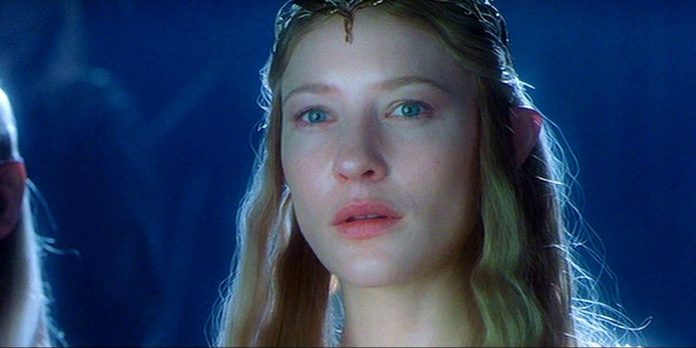 Cate Blanchett joins the Netflix series School of Good and Evil as a narrator. Charlize Theron, Kerry Washington and Michelle Yeoh are already involved in an upcoming film based on a series of fantasy novels by Soman Chinani. Ghostbusters director Paul Feig is directing the film based on a script by Vanessa Taylor, David Magee and Feig.

Chinani’s original books “The School of Good and Evil” tell about the adventures of Sophie and Agatha when they enter the titled fantasy university, where children are taught to become either fairy-tale heroes or fairy-tale villains. The upcoming Netflix adaptation stars Sophie Ann Caruso as Sophie, a good girl who was taught to be bad, and Sophia Wiley as Agatha, an oddball who was taught to be good. Laurence Fishburne plays a schoolteacher alongside Theron as Lady Lesso, Washington as Professor Clarissa Dovey and Yeo as Professor Emma Anemone.

As if that impressive cast wasn’t enough, “The School of Good and Evil” has now added another Oscar-winning Blanchett. The screenwriter and director Feig himself spoke about the casting from the recent Women in Entertainment summit in Los Angeles (via ComicBook.com ), saying that he is “very excited” about this addition. However, Blanchett will not be seen on screen (presumably), as she was chosen to be the narrator in the Netflix movie.

Blanchett, of course, has extensive experience in the field of fantasy, having played Lady Galadriel in Peter Jackson’s The Lord of the Rings and The Hobbit trilogies. She also played the villainess Hela in the MCU fantasy film Thor: Ragnarok. However, her Oscar obviously came from outside the genre film world, as she won for the dramas “Blue Jasmine” and “Carol.” Adding Blanchett to the cast of “The School of Good and Evil” now gives the film a pair of Oscar-winning actors, as Theron previously won for the serial killer movie “Monster.”

The fact that Blanchett was chosen as the narrator so late may, of course, cause alarm to some, since adding narration to a film is often a sign that it has undergone extensive reworking in an attempt to make a confusing story more understandable. But, given the literary origin of the film, perhaps it is quite natural that there will be a narrator in it, which will give it an additional book atmosphere. In any case, it’s nice to have Blanchett’s voice helping viewers better understand any story being told. Obviously, Netflix is trying to tap into the same fan base that loves Harry Potter with its very fantastic film “School of Good and Evil”, which is due to be released on streamer in September 2022.