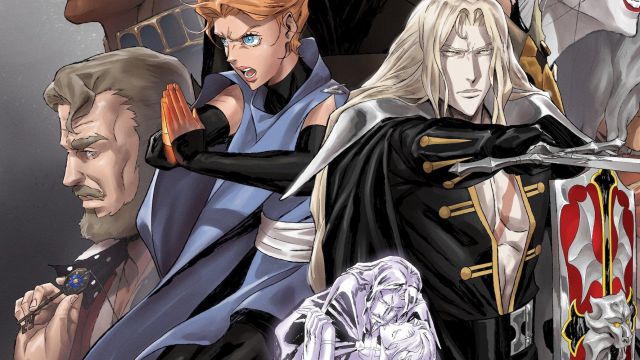 Castlevania: The series will end with this fourth season, but Netflix has in mind to publish other series based on this same universe. We tell you when it comes out. Season 4 of the Castlevania animated series will be the last in the series. Netflix finalizes the details of the long-awaited finale, which will premiere this May 13 with all the episodes of the shipment from day one; We will not have to wait week by week, as with other productions.

At the moment there are very few confirmed details and a lot of secrecy around this series. Not surprisingly, we know that the universe of Konami’s work will continue to live. According to a report from Deadline, Netflix plans to produce more animated series set in this universe due to the critical and public success of the previous three seasons.

Of course, future projects will not have Warren Ellis, author and scriptwriter of the original comic and producer of these seasons. His dismissal was due to allegations of misconduct. In the absence of knowing how the series will continue, we do know that Castlevania Season 4 will have a total of 10 episodes. All ten can be viewed through Netflix – it is necessary to be subscribed to the service to use it on all compatible devices – simultaneously.

The first season had 4 episodes in summer 2017; the second, 8 episodes with a premiere in October 2018; the third, 10 episodes beginning in March 2020. It remains to be seen what will happen to that universe from now on once the adventures of Trevor Belmont are over. One of the possibilities is that the name and characters are changed, but study is maintained and there is some coherence between the plot.

Synopsis: How It All Began In The Castlevania Series

For those who are not initiated into this series, each episode is about 25 minutes long. It all begins when Count Vlad Dracula Tepes declares war on the people of Wallachia as a result of the death of his wife on a false accusation. Demon hunter Trevor Belmont wants to prevent innocent people from dying and stands up to Dracula, but he will not do it alone, but will have the help of Sypha Belnades and Dracula’s son, Adrian Alucard Tepes.