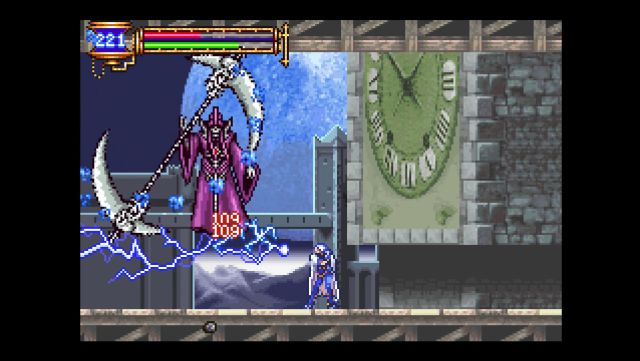 Castlevania Advance Collection: Konami publishes a new Castlevania compilation where we can finally replay (or discover) the three titles in the series released for GBA. One of the most reputable companies of the past and that has been giving much to talk in recent weeks with eFootball 2022, Konami, has seen fit to rescue four titles from one of its most emblematic brands for modern consoles and computers; Castlevania. And it does so with a new compilation where it has included the three chapters of Game Boy Advance and another that nobody expected, one released for Super Nintendo.

The four video games included are Castlevania: Circle of the Moon, Castlevania: Harmony of Dissonance, Castlevania: Aria of Sorrow and Castlevania: Vampire’s Kiss, a selection that seems very succulent at an irresistible price. For this analysis we have had the opportunity to go back almost to the past by playing them in portable format in their version for Nintendo Switch.

For a price less than twenty euros few buts can be taken from this Castlevania Advance Collection. Three of its four titles included have not stepped on another platform other than Game Boy Advance and the fourth could be treated as an extra that no one will dislike. Now only with Circle of the Moon, Harmony of Dissonance and Aria of Sorrow we have more than fifty hours of gameplay if we want to complete them to the maximum while Vampire’s Kiss, despite being a somewhat flatter adventure, also offers a good duration.

The first of this compilation is Castlevania: Circle of the Moon, which came to Spain as Castlevania to dry. It was a metroidvania-style adventure that revolutionized the playable base by adding a card system called Dual Set-up System that allowed the hero, Nathan Graves, to be empowered with a lot of different effects. He added RPG-type components like accessories, mana, or hit points, a cocktail he drank from Symphony of the Night, something most remaining Castlevania would repeat.

The theory of the saga of the genius Skywalker Obi-Wan Kenobi...