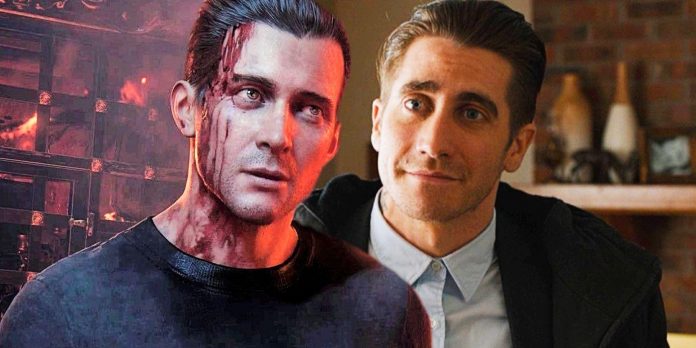 Uncharted 2 may answer many questions about how films will continue to adapt the original games, including revealing the cast of missing video game characters from the original Uncharted. The first Uncharted film selectively adapted its source material, leaving some plot details and characters on the sidelines for future releases to be picked up in the future. On some level, this makes sense, because while Tom Holland was an excellent candidate for the role of Nathan Drake, the choice of suitable actors for certain roles can be controversial, which explains why some figures were left out before the release of Uncharted 2 or later.

Although one of Nate’s love interests— Chloe Fraser—was shown in the first Uncharted, viewers were disappointed that his main sweetheart, Elena Fischer, did not appear in the film at all. Nadine Ross also did not star in the film. And this is despite the fact that she is a key core in the storylines of the current and future characters of the film Uncharted. Woven into the stories of Chloe Fraser, Nathan Drake, Elena Fischer and Rafe Adler, Nadine Ross is one of the most important characters in the franchise.

Since the first film was supposed to appeal to both supporters of the game and potential new viewers of Uncharted, the filmmakers had to prioritize the participation of certain characters in the first place. The Uncharted sequel offers the opportunity to introduce some of the franchise’s most beloved protagonists and antagonists. Who will play Nathan Drake and Sally in Uncharted was naturally the focus of the first film, but casting Uncharted 2 is still paramount to the potential success of the franchise.

Viewers were very disappointed when Nathan Drake’s main love interest, Elena Fisher, did not appear in Uncharted, so her appearance in Uncharted 2 would have been timely. An almost female version of Drake, Elena reflects much of Nathan’s intelligence and charm, but tends to be more naive and compassionate in the face of the realities of treasure hunting. Lili Reinhart, known for her role as Betty Cooper in Riverdale, not only looks like Elena, but could also reflect Drake’s cavalier attitude towards his opponents, as well as Elena’s sense of humor. It would be interesting to see how Holland and Reinhart will play comically with each other on the screen.

Nadine is known throughout the Uncharted series as ruthless, cold-blooded and infinitely brave. Sony’s recent changes to the Uncharted game may pave the way for its appearance in the Uncharted sequel. Although Zendaya’s recent roles in the MCU Spider-Man films and the Euphoria series are very different from characters like Nadine Ross, Zendaya is known for her versatility. Capable of ranging from Ryu’s emotional outbursts to MJ’s collected reactions to Peter Parker’s antics, the actress could play a cool and strong character. Nadine and Nathan Drake also often clash in the series, so it would be interesting to see how such dynamics will be reflected on the screen between Zendaya and Tom Holland.

Although Dominic Purcell has often shown serious roles in Prison Break and other roles, he is able to convey the charm and comedy that the actor playing Charlie Cutter, a character in the series Uncharted, must bring. Purcell’s behind-the-scenes footage and interviews with Wentworth Miller show that Purcell is naturally funny – a detail that is confirmed by the comedic moments that arise throughout his acting career. Purcell has a dramatic ability to seem intimidating, but to bring a humorous touch, which, combined with his resemblance to Charlie Cutter, makes him ideally suited for this role. Since Cutter exists in games as a figure initially considered antagonistic, his appearance in Uncharted 2 was supposed to add intrigue and a pleasant (albeit well-known) plot twist to the film.

The main antagonist of Drake’s Fortune, Atok Navarro led Gabriel Roman’s private army and had extensive knowledge of Inca mythology, which gave him an advantage in acquiring Peruvian artifacts. Although Benjamin Bratt’s appearance in Miss Congeniality revealed that he played the bumbling love interest of Sandra Bullock, his appearance in The Snitch presented him as an actor capable of portraying a strong and insidious villain. Not only does Brett have the same chiseled appearance as Navarro, but he could also portray the harsh villain from the movie Uncharted, given his previous experience in this role, and would work well as an antagonist of Uncharted 2 or even a more distant part of Uncharted. a series of films.

Jake Gyllenhaal’s acting career is directly influenced by the fact that he took on the role of Rafe Adler, as well as the fact that the couple looks so similar that it was assumed that Rafe’s design was based on the actor himself. Rafe’s short-tempered and selfish character is Gyllenyi’s traits.