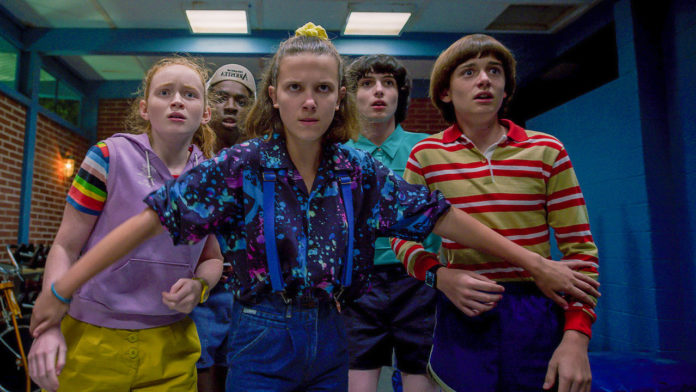 Cast of ‘Stranger Things’ meets at Carpool Karaoke. The boys shared many fun moments during this filming.

James Corden’s YouTube channel recently shared a preview of what audiences might see at the Carpool Karaoke of the stars of the hit Netflix series Stranger Things . Thus, the 6 protagonists gathered in a car to tour the streets while listening to different musical successes from various periods.

During this adventure, the boys performed songs like High Hopes by Panic! At the Disco, but they also ventured to get involved with songs from the 70’s, 80’s and 90’s that did not hesitate to sing at the top of their lungs.

We can also see them playing a fun game where in pairs they had to mention the same word , after several attempts only some of them did it, and it was then that they were able to continue enjoying the music.

With nobody but them in the car, the youthful cast of Stranger Things showed that they know how to have fun and entertain the audience, while enjoying a good playlist. This video is already available in the Apple TV application , check the trailer below and you can find the link to see the full video.

See Also
Stranger Things: the actors of the series have changed! (PICTURES)

Has Bitcoin Weakened Due to Miners?