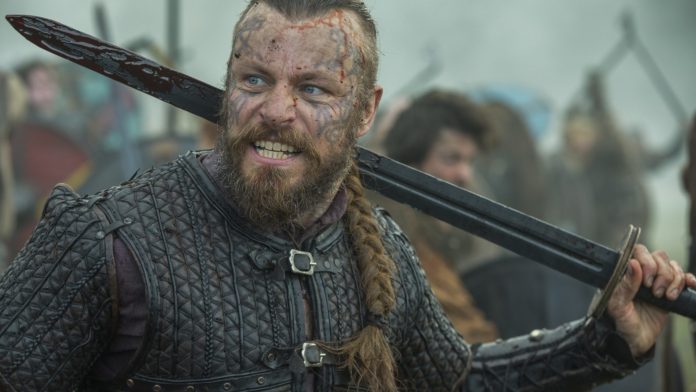 The official Vikings: Valhalla announcement named Leif Erikson, Freydis Eiriksdottir, Harald Hardrada and William the Conqueror among the characters to appear on the Netflix show. Michael Hirst (creator of the Vikings series) has also said that Leif and Freydis’ father, Erik the Red, will appear on the series.

This may confuse fans, given that the final season of Vikings, it also featured a red-haired Viking named Erik who briefly ruled Kattegat with Queen Ingrid. However, a second “Erik the Red” is not that surprising.

The heroes of the sagas are often amalgamations of people, Ragnar Lothbrok (Travis Fimmel) is believed to be a mosaic of actual historical figures heavily embellished with fiction or have the stories of him divided into different characters. Harald Hardrada was also known as Harald Fairhair (Peter Franzén), and may actually be the same person as in Vikings.

Some outlets like What’s On Netflix indicate that Kenneth Christensen (The Last Kingdom), Jóhannes Haukur Jóhannesson (Game of Thrones), Frida Gustavsson (The Witcher) and David Oakes (The Borgias) are part of the Vikings: Valhalla. We had already anticipated that Yvonne Mai (House of Shadows) will play a character named Merin, and Bill Murphy (Titanic: Blood and Steel) will play a character named Odgar.

What’s On Netflix also reports that two members of the Vikings cast will return in Vikings: Valhalla. Karen Connell, who played the mysterious ritual leader known only as the Angel of Death, will appear in the upcoming series, as will Gavan O’Connor-Duffy, who played the Danish King Frodo.

Connell might as well return in the same role (the world of Vikings borders on the supernatural, with the sage often appearing to characters after his death), but Connor-Duffy is reportedly playing a new character named Njall. Fans will now have to wait for when the new Netflix series Vikings: Valhalla may be arriving.