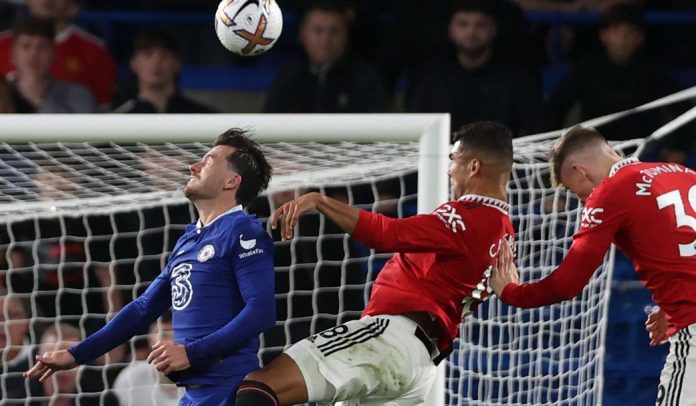 Manchester United scored in added time and earned one point in a crazy 1-1 draw against Chelsea at Stamford Bridge.

United ensured that the points were shared through Casemiro, who climbed higher just seconds before the end to ensure that United would get their share of the spoils.

The Red Devils have 53% possession compared to Chelsea’s 47%.

Eric Ten Hag’s players had twice as many shots as Chelsea— 13 compared to the Blues’ six.

Of the team’s 13 shots, six hit the target, while Chelsea had only two shots on target, including a penalty by Jorginho.

The Brazilian had an impressive 83% accuracy.

He made 68 touches of the ball and made 10 mouth-watering rebounds, becoming the deepest-lying midfielder in the center of the field.

Casemiro won six of the eight ground duels he participated in, excelling remarkably in his role as a central defensive midfielder.

The 30-year-old, demonstrating the highest mastery of the ball, successfully hit six of the eight long balls that he tried to pass to his teammates.

The player from one shot on target, which he had, counted and completed a masterful performance, scoring a clutch to save United from blushing.

Casemiro’s game by numbers vs. Chelsea:

First goal for the REDS. 👹 pic.twitter.com/d3c27blkBm

Of course, Casemiro found himself in the team. He was a great addition and the fans are falling in love with him. He will have a big influence on how United’s season turns out.