Home Sport Carvajal: “It is the line to follow because a very hard month... 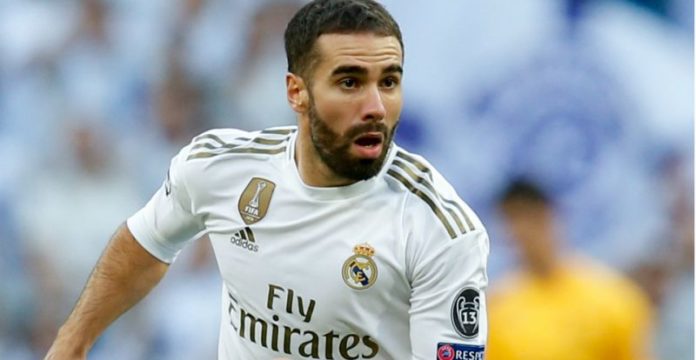 Daniel Carvajal, Real Madrid player, went through the microphones of Movistar La Liga and analyzed everything related to the win made by his team to Eibar.”The team keeps the goal at zero and it is very important. It is the line to follow because a very hard month is coming.”

Questioned by what has happened in recent meetings, as Real Madrid closes the week with 10 goals in favor and 0 against, Carvajal was sincere and clarified the situation.

“The ball enters. We are more blunt in both areas. The opponent leaves spaces. In the match against Betis, the opponent became strong with the result”

“At the beginning, everything is new and adapting is not easy. It looks its best version and will give us a lot,” he said.

Another highlight was Fede Valverde, who even scored and Carvajal had praise for one of the great surprises of the season in the table of the capital of Spain.

“Work, work and more work. It is an example for all, that with, work, sacrifice, and step and step things are achieved” –

“As always, doing the best for the team,” he finished, when asked about his match against Eibar.

See Also
Zidane: "Leonardo says what he wants and me too"

With Valverde at this level, even Kroos should be worried