Carnaval: Soon, Netflix will have a new Brazilian production in the catalog, for which streaming just released the trailer. The film Carnaval opens on June 2 and promises to convey the spirit of one of the biggest events in the country.

The storyline of the feature revolves around an influencer who, after a separation, takes her friends on a trip to the vibrant carnaval of Bahia, with everything paid for. There, she learns that life is not just about tanning on social media. The experience will help them discover the true value of friendship.

The summary describes: “There is nothing better than recovering after a betrayal with your best friends on a trip with everything paid for, access and everything you can do to Salvador during the carnaval”.

Carnaval, a partnership between the production company Camisa Listrada and Netflix, is directed by Brazilian filmmaker Leandro Neri, who previously directed the film Socorro, Virei uma Garota !, as well as several works for TV, including directing episodes of Malhação, Agora é What Are They and Vacation Camp.

The screenplay is co-written by Audemir Leuzinger, Luisa Mascarenhas and Neri, while the production is handled by André Carreira and the screenplay by Lipy Adler.

In recent years, streaming has been increasing the national catalog with original productions such as the series Coisa Mais Linda and Bom Dia, Verônica and films such as Cabras da Peste.

Carnaval arrives on Netflix on June 2nd. Be sure to check it out! 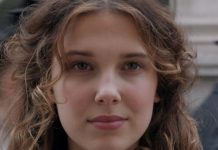