Home Sport CARLOS VELA IS THE BEST PLAYER IN THE MLS 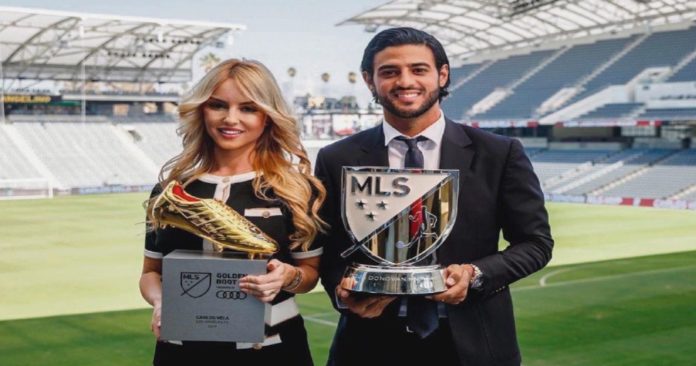 This Monday the Major League Soccer awarded the prize to the most valuable player in the 2019 season to Mexican Carlos Vela, after the great season he had it was inevitable to think that the Mexican was worthy of such a prize.

Actions such as continuously highlighting in his team as well as in the different groups, breaking his record of scores and reaching the semifinals, was what made him the winner of the prize, thus becoming the first Mexican to obtain said title.

Among his appointments of the second season in Los Angeles Carlos stood out in assists, surpassing Zlatan Ibrahimovic and Josef Martínez for this reason the Landon Donovan prize, was reserved for him.

With a very original video in the style of the “lottery” game, La Liga unveiled Vela as the best.

Urban Meyer Reveals If He Thinks Ohio State Is On Par...