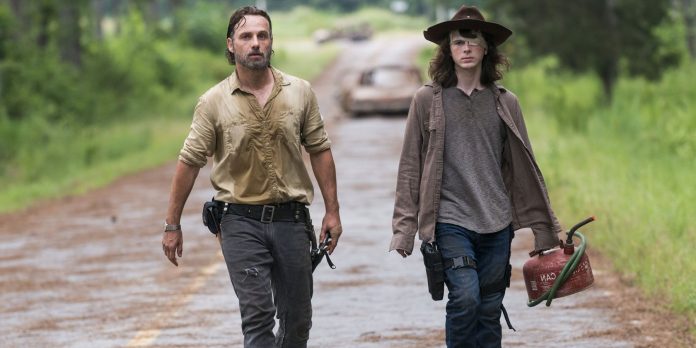 The popular series The Walking Dead, managed to have the participation of actor Chandler Riggs, as Carl Grimes. But, the actor has revealed what has been going on with his health.

Chandler Riggs hasn’t been seen in The Walking Dead universe since his character, Carl Grimes, succumbed to a walkers bite in season eight.

In heartbreaking scenes, his father Rick left him alone with a gun after seeing the bite to make sure his son didn’t transform into one of the undead.

But, Riggs, only 21 years old, revealed a photo on his social networks a few days ago in which he is in a hospital bed, hospitalized for a mysterious illness.

The Walking Dead star nodded approvingly to his followers, but did not elaborate on exactly why he sought medical attention.

However, the TWD actor seemed to be in a very good mood when he captioned the snapshots: “We’re back.” All of his followers have been asking him about what has happened to him, but it seems that he does not respond to any comment at the moment.

See Also
The Walking Dead: comments on the final season

BTS victory in Mexico and wins in the Spotify Awards

BTS: Was V jealous of Jungkook?