Home Celebrity What careers did the BTS boys study? 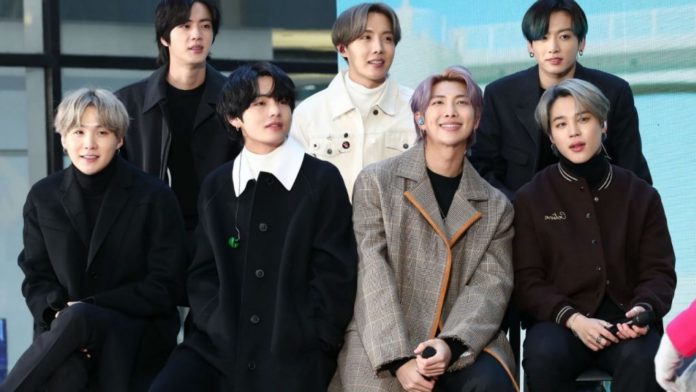 They are not only idols with great talents, they are also very smart.

BTS is a very popular group internationally, the boys have achieved many records and millions of sales thanks to their music. ARMY knows that each of them brings their talent and creativity to the group, from lyrics, choreography, ideas and voices.

Like any idol, they had a training that led them to develop and reinforce their talents, whether vocal, rap or dance, their effort led them to debut in BTS and fulfill their dream in music. However, not everything is K-pop for them, as any normal person also completed their studies and each one of them has a different career to be an idol.

Although it is true that the trainees have a great training to be able to debut, fortunately, BTS managed it and fate positioned each of the boys in the group, but what would they do if they were not idols?

JIN
Can you imagine seeing him act in a drama or movie? Korean cinema added great opportunities thanks to the success of “Parasite” and if Jin wishes and one day his schedule with BTS allows it, he could pursue his career in Film and Acting. The idol studied at Konkuk University and is reportedly pursuing a postgraduate major in Seventh Art.

SUGA
BTS has become so popular that the idol hasn’t had much time to devote to studies. Currently pursuing college, Suga is pursuing an online degree at Global Cyber ​​University.

JIMIN
He is also following in Suga’s footsteps, BTS’s schedule has made it a bit difficult for him to finish a career, but he kept trying and shares studies at the same university as Suga, it is not known what specialty he took.

RM
During the “Map of the sul 7” conference, Namjoon revealed that he is studying some kind of specialty in Modern Art , ARMY knows that he is a fan of exhibitions and galleries, so he not only fulfills his dreams in music, but also in their hobbies.

JUNGKOOK
BTS maknae has shown that fame is not a reason to drop out, the singer entered Global Cyber ​​University 2 years ago

V
The idol has not revealed which career he chose, but he also studies online, due to BTS commitments, he also studies at the Global Cyber ​​Universtit and is one of the most prestigious.

J-HOPE
He is one of those who is already graduated, the idol studied the specialty related to Performing Arts . He had to study online due to his occupations with BTS, but it’s something that will help him in the boys’ upcoming choreography and performance.